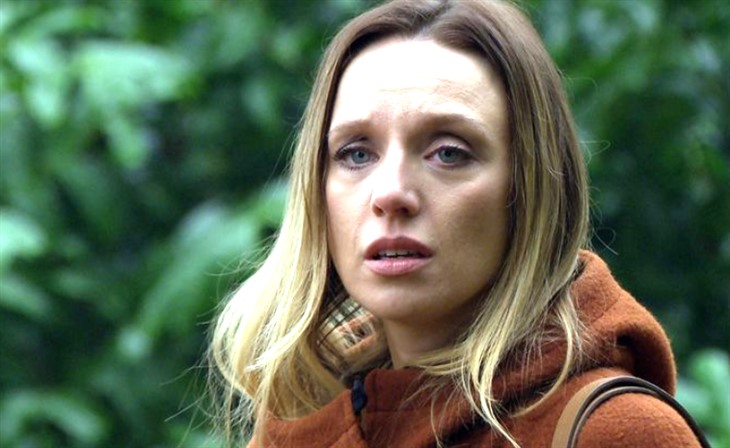 Emmerdale Spoilers hint that there will be more lives in danger than just Andrea Tate in upcoming episodes. The week is coming to an end and it seems that more lives are going to be put in danger. We have seen Andrea Tate (Anna Nightingale) life in danger as we saw her being chased down by Meena Jutla (Paige Sandhu). Meena Jetla had tried to kill Victoria, who had just fallen over the waterfall not long after falling from the bridge and was left unconscious. Andre, in an attempt to try and stop her, yelled to stop her and this put her life in danger as well.

In the episode that aired on the 18th, Meena heard that David Metcalfe (Matthew Wolfenden) was ready to get back into a relationship with Victoria Sugden (Isabel Hodgins) as he realized his true feelings for her. However, this sealed the fate of someone dying that day as Meena would target Victoria multiple times even trying to kill her by drowning her. Unfortunately, Andrea would come across this and would soon be caught by the killer. The cliffhanger for the 20th of October, she was cornered by the killer and was attacked using the “dead end” sign. In the episode on the 21st of October, she escapes from the killer but is soon knocked out by the killer and left there to die. Andrea has been stuck in a maze that is on fire and may not survive the fire which was sealed when Meena told them no one else was in the maze.

“Well, I think it’s just one of those things. But I think Andrea’s a fighter, and she’s not going to go down without a fight. Literally.”

She also teased danger for other characters, “I can tell you there’s a lot more to come. It’s not just Andrea that’s in danger, there’s a lot of people involved. Obviously we know that Charles is not in a good way, and Manpreet’s just left him to go and get help. But he didn’t look too good the last time we saw him. So it’s not just Andrea, it’s a few people.”