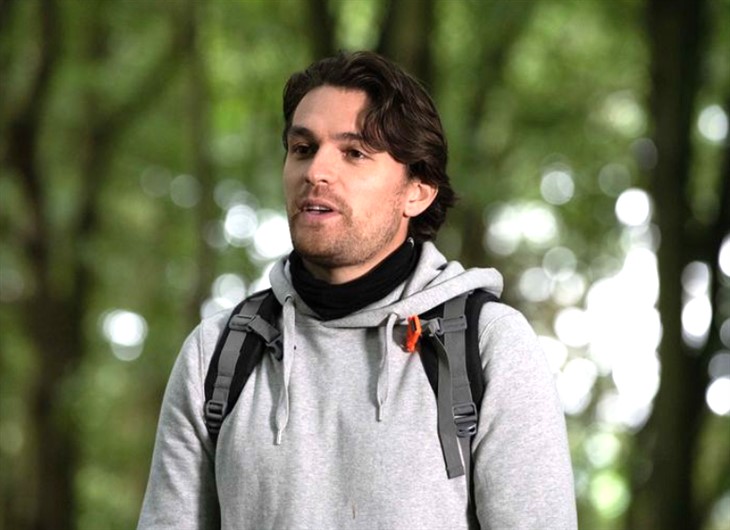 Emmerdale Spoilers hint that MacKenzie Boyd (Lawrence Robb) may play a big part in this week’s Super Soap Week and that he could also find his way into some dangerous situations. As viewers may have noticed, MacKenzie and his love interest Charity Dingle (Emma Atkins) have snuck away from their teams while the teams were competing in the first-ever survival challenge. Charity may find herself in danger as she is in an accident. This might result in trouble for the both of them.

In an interview with Lawrence, he hinted at the trouble that might take place for his character and Charity. “There’s always an element of danger in Emmerdale and Mack seems to head for it.” When asked about the relationship between Charity and MacKenzie, Lawrence stated, “I don’t think anyone really knows what’s going on between Charity and Mackenzie! This includes them, their relationship is so deliciously volatile, that it could turn on a dime at any minute.”

Although Charity and Mack are not with the others, does not mean they are clear from danger and their lives may be in just as much danger as everyone else. This is even more true with Meena Jutla (Paige Sandhu) being on the loose and taking the opportunity to try and kill Victoria while covering her tracks on Emmerdale.

During the interview, he talked more about his character’s future scenes and the danger he will face. “I can’t even begin to describe what it’s been like, what I can say is that returning to the Woolpack (providing my character makes it) will feel far duller than it has been.”

He went on to talk about the stunts that he did for the scenes, “I think that stuntmen/women have hands down the coolest jobs in the world, so yes I did my own stunts. I wanted to do more. I think it takes a bit to get me out of my comfort zone when it comes to running through a maze and abseiling down a cliff. Being a bit of an adrenaline junky I have found the entire process wonderfully refreshing.”

“Everyone has worked so hard to get everything shot and look fantastic, there have been some really tough points the last few weeks, so seeing it all come to fruition, will almost be a testimonial nod to the whole crew that was involved in the process.”

Be sure to catch up on everything happening with Emmerdale right now. Come back here often for all Emmerdale spoilers, news, and updates.