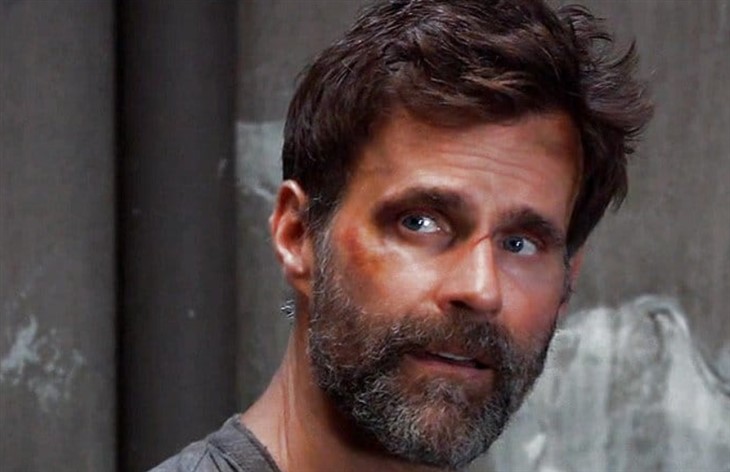 General Hospital Spoilers tease that Drew Cain (Cameron Mathison) is currently under Peter August’s (Wes Ramsey) control. But at some point, he will break free of his conditioning and return to Port Charles. But the town isn’t the same place it was when Drew left. And one death in particular will be hard to take. When he finds out about Franco Baldwin’s (Rogert Howarth) murder by Peter, he will likely head straight to Elizabeth Webber (Rebecca Herbst). With Franco dead, Drew will want to mourn the passing of his close friend with the man’s wife!

Drew and Franco were especially close by the time Drew disappeared. Franco had come a long way since a brain tumor made him turn into a sadistic serial killer. Drew appreciated the life that Franco had built with Elizabeth and her three sons. Drew was closer to Franco than with his own twin brother, Jason Morgan (Steve Burton). Most of that is because Drew was believed to be Jason when he first showed up in Port Charles. He even dated Elizabeth for a time! But Elizabeth’s deception ended that romance fairly quickly.

GH Spoilers- Drew Cain And Elizabeth Webber Were A Couple!

When Drew believed that he was Jason, Elizabeth discovered the truth and kept it quiet in order to keep Drew from reuniting with Sam McCall (Kelly Monaco). The truth eventually came out and Drew and Elizabeth broke up. But they remained close and Drew definitely supported Elizabeth and Franco’s marriage. Finding out the Franco was murdered in cold blood will send Drew straight to Elizabeth’s door.

Elizabeth has been mourning Franco for months. But lately, she has been inching toward a romance with Dr. Hamilton Finn (Michael Easton). Both of them are gun shy about a possible romance considering their romantic pasts with other people. And if Drew comes around. Elizabeth might confuse his support as a renewed romantic interest. Would she try a second time around with Drew or is Finn the safer bet?