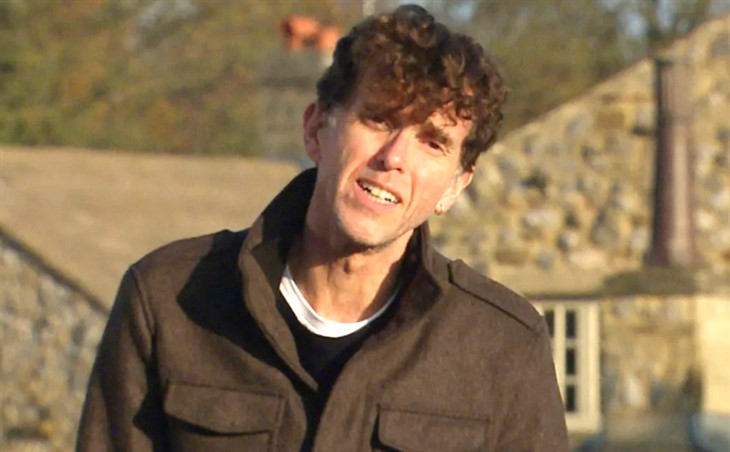 Emmerdale star Mark Charnock plays the role of Marlon Dingle in the British soap opera. Usually an affable sort of guy, many fans felt shocked when they discovered he unfollowed them on Instagram. However, he didn’t mean to offend people and explained what happened. It looks like someone may have compromised his account. Or, perhaps something went wrong with the social media site.

If you are not all that familiar with the show, Marlon Dingle is well portrayed by Mark Charnock. Fans know that he’s the fictional son of  Albert and Delilah and the brother of Eli. Additionally, he’s the dad of April Endsor and Leo Goskirk. In January this year fans saw that Marlon Dingle (Mark Charnock) and Rhona Goskirk (Zoe Henry) apparently experienced some rekindled feelings. However, it turned out that just created to few crossed wires. Well, Marlin soon realized what was happening and chatted with Paddy about it. Anyway, Paddy assessed that they actually did have some feelings and made an effort to be a matchmaker.

Well, Mark Charnock from Emmerdale just had to fix a few relationships in real life on his Instagram. Last year,, fans saw that Bear Wolf (Joshua Richards) dropped a bombshell on Marlon Dingle about Chas Dingle’s extracurricular activities. Moving away from fiction, Mark pretty much dropped a bombshell on his fans with multiple unfollows. However, fans shouldn’t get worked up about it as he explained what happened and apologized. The news emerged on July 24 via Express UK.

Express UK reported that his Instagram account “unfollowed a bunch of people” and he didn’t know it even happened. Well, technology can be very irritating sometimes, so he went and spoke with his many followers. He explained that he intended to refollow everyone. Apparently, it’s not the first time this sort of thing happened. Actually, he said that a few years ago, something similar also happened on Twitter.

Emmerdale fans seem okay with his explanation. One person commented on Twitter, “Technology conspiring against you Mr Charnock 😮 it happens to us all 👍.” Then another follower noted, “The media world is so messed up nowadays.” Meanwhile, someone else tried to hook a shoutout about their business venture. Most likely, most people forgive Mark for the mix-up. He said, “Soz if you noticed and thought I was being a tool.” Plus he added, “I promised (sic) I wasn’t (on this occasion).“

After explained about the unfollows, Mark Charnock continued posting his usual somewhat quirky posts on Instagram. He shared a photo of some vegetables that he was about to eat. Plus, he shared a weird dried leaf hanging on a spider’s web. It looked remarkably like a desiccated mouse corpse.

Remember to check with us often for more news and updates about the cast of Emmerdale on ITV.

The Young And The Restless (Y&R) Spoilers: Mariah Thanks Her Captor, But She Would Like To Go Home!