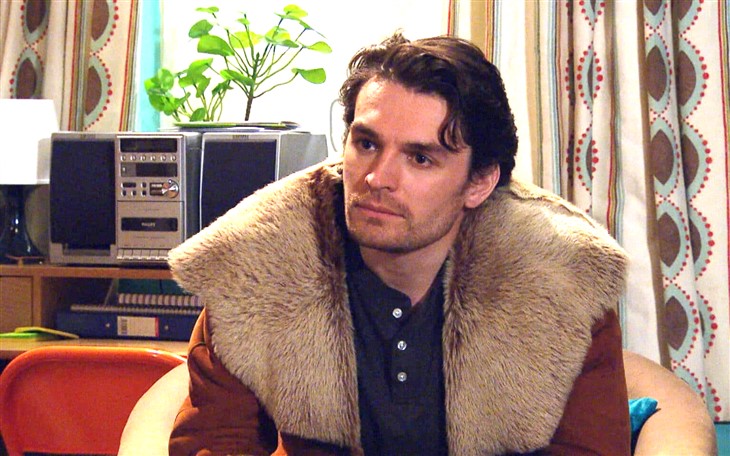 Emmerdale Spoilers gives further information on the change in the portrayal of Mackenzie Boyd (Lawrence Robb). Mackenzie being the younger brother of Maria Dingle (Natalie J Robb). When he first came on to the screen he came with the intent of causing trouble. However, he has shown a good amount of character development and he has begun to develop a recent romance after Super Soap Week.

In an interview with Inside Soap, Robb explained the change in the mischievous guy to being more kind hearted. “I always knew that Mack was going to be someone that people would either hate to love, or love to hate. My initial idea was that he was going to be quite evil, yet Mack’s kind of morphed into someone who’s always getting up to no good, but actually his heart is in the right place – especially when it comes to family, and now I guess Charity.”

He went on to talk about the similarities between his character and himself. He also talked about the things that lead to Mack eventually giving up the evil ways. “I guess we’re alike in the sense that he’s a bit of a joker, and actually I’m wondering if the bosses have spotted me taking the mickey in between scenes, and that’s why Mack has chilled out a bit. Because he was definitely really evil when he arrived!” Robb went on to share his excitement over his first scenes with Moira, Cain (Jeff Hordley) and Charity (Emma Atkins), although it was not easy being thrown into the scenes.

As viewers know, his character is now in a romantic relationship with Charity, “No one really knows what way it’s going to go the entire time – though I think Mack has genuinely fallen for Charity.” “I guess with any ‘Friends With Benefits’ scenario, emotions start to get heightened and feelings develop, even though they don’t want them to. I know that Charity is certainly more in denial than Mack, whereas he’s slightly straighter in expressing how he feels. Mack wants to commit, he’s just not very good at it!” It will be interesting to see what we will see next from Mack and Charity.

Y&R Spoilers: Mariah Has A Confession – Sharon Freaked Out