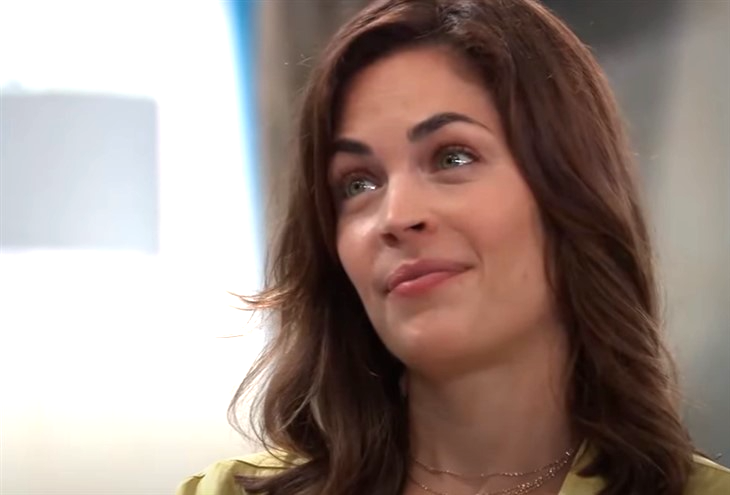 General Hospital (GH) spoilers for Tuesday, November 2, 2021, reveal Liesl Obrecht in a bad way after one of Peter August’s goons got to her. At least Britt Westbourne has found her now, but is she too late?

Britt (Kelly Thiebaud) is thrilled she finally found her mother but isn’t sure what to do to help her. She needs to compose herself and think. She is a doctor and should be able to take care of this, or is Liesl (Kathleen Gati) just hurt way too much?

Meanwhile, Peter (Wes Ramsey) finds himself in a precarious situation when Jason Morgan (Steve Burton) holds him at gunpoint. But he has found himself in precarious gunpoint situations many times and even getting shot by Anne Devane (Finola Hughes) and then jumping off a cliff can’t seem to kill him. Jason has to warn Peter that if he kills him, he’s not going to get the things he wants. The same can be said for Jason if he kills Peter. But someone has to kill Peter already since everyone else has failed….

After more than five years, Shawn Butler (Sean Blakemore) finally gets to confront Nikolas Cassadine (Marcus Coloma) for having Hayden Barnes (Rebecca Budig) shot in the head and letting him go to jail for the crime. Will Shawn get Nikolas to finally admit the truth or will Nik continue down the same rabbit hole of not wanting to talk about it that makes him look guilty as sin?

Over at Hotel Jail, Alexis Davis (Nancy Lee Grahn) remains adamant that she is not going to take Nikolas up on his deal. As Harmony (Inga Cadranel) tries to convince her to help herself, Nikolas has no idea that his aunt already (rightfully) betrayed him. Rumor has it Alexis does get out of jail soon, so how does she make that happen?

Spencer Cassadine (Nicholas Chavez) has had it with his father and goes to Trina Robinson (Sydney Mikayla) for comfort. He tells her what’s been going on and Trina wonders if it’s just another one of his lies. Meanwhile, Josslyn Jacks (Eden McCoy) and Esme Prince (Avery Pohl) butt heads once again. Is this over Cameron Webber? Stay tuned to General Hospital weekdays to see how these stories play out.