Y&R Spoilers: Mariah Has A Confession – Sharon Freaked Out 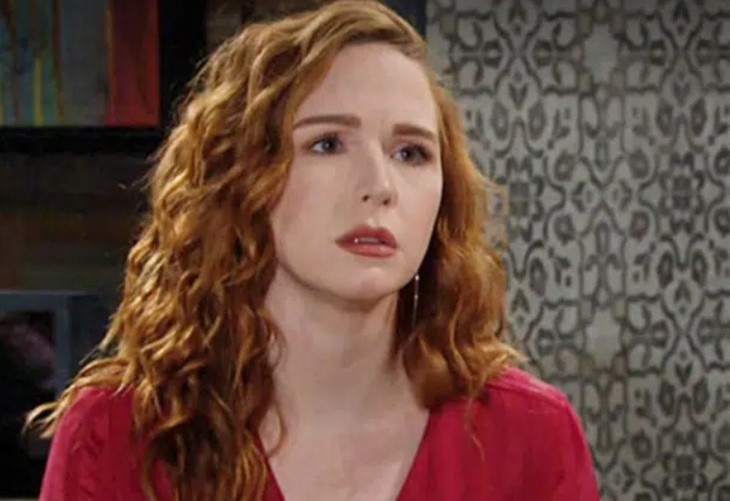 The Young and the Restless (Y&R) spoilers for Tuesday, November 2, 2021, reveal Mariah having news for Tessa she may or may not have already guessed.

The Young And The Restless Spoilers – Can Mariah Copeland Let Go?

Mariah Copeland (Camryn Grimes) has not had an easy time of it since giving birth to Bowie Dominic after being held hostage with nobody but the baby in her belly for weeks. She had to move out on Abby Newman (Melissa Ordway), realizing it hurt her too much to be around the baby. She even wanted Tessa Porter (Cait Fairbanks) to have a baby for them but Tessa put the kibosh on that idea fast.

With Chance gone now and Abby all alone with the baby, Mariah can’t help but rethink their entire arrangement. She also keeps sneaking in to see Bowie Dominic when Tessa doesn’t know where she goes. On Tuesday, Mariah opens up to Tessa and tells her the whole story. Is there more to this tale than even the audience knows?

Sharon (Sharon Case) is starting to realize there really is something wrong with Mariah, but she also feels it’s important to deal with Abby, who is also falling apart. To that end, she turns to Devon Hamilton (Bryton James) to take care of both of them. That’s a tall order for Devon, who is now this baby’s only father and who also has a girlfriend going through her own drama.

How will Amanda Sinclair (Mishael Morgan) take all this? She will need someone to confide in about her upcoming court appearance.

The Young And The Restless Spoilers – More Bad News For Abby?

Victor Newman (Eric Braeden) and Ashley Abbott (Eileen Davidson) are determined to get to the bottom of what really happened to Chance, but they also have to be there for Abby, who is having a very hard time keeping things together. However, she has a baby now and needs more help than ever.

Abby is also still living in denial but on Tuesday, it’s time for a rude awakening. Does Abby get more evidence that Chance is really and most sincerely dead or is there more to this story than meets the eye? Stay tuned to The Young and the Restless weekdays to see how these stories play out.

Days Of Our Lives (DOOL) Spoilers: MarDevil’s Halloween Spree Is Far From Over