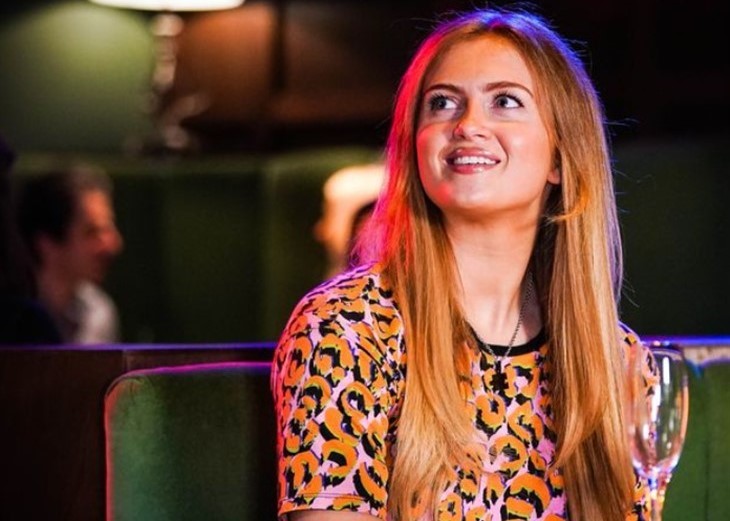 EastEnders Spoilers hint at a possible love interest between Tiffany Butcher-Baker (Maisie Smith) and the newcomer, Aaron Monroe (Charlie Wernham). Charlie Wernham, who formerly played on Hollyoaks, has recently joined the EastEnders cast as the character of Aaron. Aaron will be the brother of Dana Monroe (Barbara Smith) and son of Harvey Monroe (Ross Boatman) and may also develop a romantic relationship with Tiffany during his stay in Walford. It’s made known that he is in Walford to connect with his family but is not planning on staying for long but could the idea of romance with Tiffany lead to him stay longer?

Viewers will see Tiffany try to get some information from Whitney (Shona McGarty) about her relationship with Gray Atkins (Toby-Alexander Smith). During their conversation, The two, run across Aaron who interrupts the conversation by asking them for directions. He later appears at the cab office in search of his dad, Harvey. He receives a warm welcome from his dad but it is clear that Dana is not happy to see that he has arrived in Walford. The father and son duo go to the Vic in order to catch up with each other. During that interaction, it seems that Harvey will be offered some less than helpful advice from Aaron. The tension between Dana and Aaron is noticed as well as Aaron feels that his sister is not on their father’s side.

Aaron later sets his sights on Tiffany and instantly gets the disapproval of Tiffany’s brother, Liam. Aaron fills Tiffany in on his plans of staying in Walford for a little while but Tiffany later says that she is not ready to date when asked about it by Liam. She feels that she needs more time since she just broke things off with Keegan. Aaron is determined to see where things may go with Tiffany and tells Harvey that he is planning to stay longer. It seems that Tiffany has really caught his eye. Aaron would later decide to ask Tiffany on a date in which she eventually agrees to.

Charlie went on to talk about Aaron’s spark towards Tiffany, “Aaron is the sort of person that would enjoy the fact there’s an ex on the scene because he’s a bit of a wind up and he does things just to get a kick out of it, he’s like a bored kid sometimes.”

“Tiffany is a great character and Maisie is a brilliant actress so I think it’s a good idea to get the two of them flirting, they have a really interesting dynamic. Obviously I’m on Aaron’s side and will say they make a good match. I think it’s very different from what Keegan and Tiffany had, I think he’ll be the underdog!”