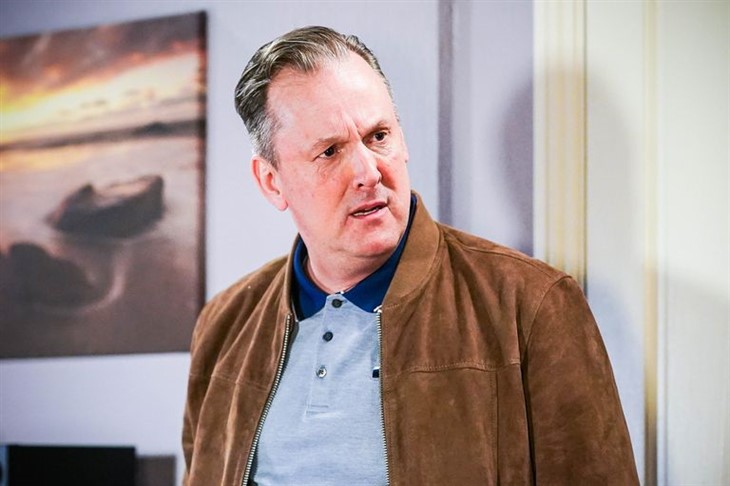 EastEnders spoilers and updates tease Harvey Monroe’s (Ross Boatman) reaction after learning the truth about Bobby Beale’s (Clay Milner Russell) past. Ross Boatman, the actor who plays the character, dropped some hints as to how his alter-ego will react.

When asked about how his character will react when he finds out that his daughter, Dana Monroe (Barbara Smith), is dating a guy that has a darker side. Harvey will learn about it not from Bobby or Dana but from Sonia’s (Natalie Cassidy) dad, Rocky (Brian Conley). He’ll tell Harvey that Bobby converted to Islam while he was in jail for killing his sister.

Boatman said, “We’ll see from Harvey’s response that he’s pretty unhappy about it to say the least!” The actor made it clear that Harvey has nothing against Bobby personally. But as a parent, it’s only natural for him to be protective of his daughter. He believes that Dana can still find someone better, a guy who isn’t a convicted killer.

Harvey admits that he feels for Bobby. He knows he worked really hard to change. He has a good heart and is doing well in school. However, given Bobby’s past, Harvey can’t help it but still has reservations.

How will the truth affect Harvey’s relationship with her daughter, Dana?

“I have a daughter who’s a similar age to Dana… Even if you know they’ve grown up and are making their own life, it’s very hard to stand back and let them go without chucking your two pence in and telling them how you feel,” Boatman said.

The actor added that Harvey will have no choice but to accept it. But that doesn’t mean he’ll stop interfering in Dana’s life for good.

Rocky’s revelation of Bobby’s secret is also a hint of the character’s darker side. The BBC One soap previously dropped hints that Rocky isn’t as he seems.

Meanwhile, Kathy Beale (Gillian Taylforth) will be furious when she finds out that Rocky revealed Bobby’s past to Harvey because it was none of his business. When she confronts Rocky, Kathy will see no contrition in his reactions. Kathy also talks to Harvey and tells him not to judge Bobby for what he’s done when he was a kid. Will Harvey be able to accept Bobby as his daughter’s boyfriend?