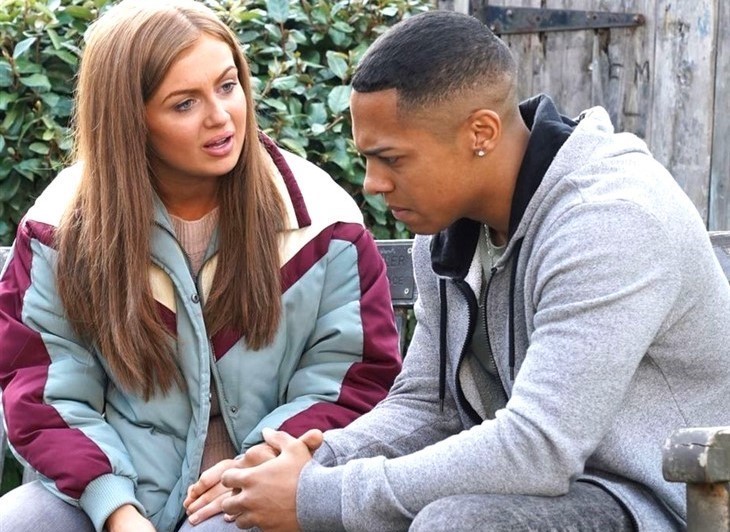 EastEnders Spoilers hint that Tiffany Butcher-Baker will bump heads with Keegan in upcoming episodes which will ruin Tiffany and Keegan’s reunion. She set to face another heartbreak in upcoming episodes with their marriage taking another hit just as things might have gone back to the way they were. As viewers have seen, Tiffany and Keegan’s marriage has hit the rocks recently as Keegan had a one night stand with Dotty Cotton. The two instantly regretted it when they realized what they did. They tried to keep it a secret but the truth would soon come out that they had a one night stand.

EastEnders Spoilers – Tiffany Butcher-Baker Struggles With What She Learns

When Tiffany heard about it, Tiffany struggled with learning that her husband had cheated on her with Dotty. Since then things have been strained between the three of them to the point that Tiffany would later get into a fight with Dotty. However, fans of the couple will see Keegan and Tiffany begin to find their way back to each other when Bernie brings them together. The two are concerned for Bernie as she is left conflicted over the news that she learned from Mick Carter that Rainie may be using again.

The two want to help her find out if Rainie is using again and Keegan confronts both Rainie and Stuart leading for Tiff to join in as well. Tiff calms down the situation when Keegan begins to go to far and gives him time to think about what he was doing. This will lead him to apologize to Rainie and to Bernie’s relief, Rainie agrees to put her at ease by taking a drug test. Bernie mentions that Keegan and Tiffany make a really good team as she got the outcome that she wanted. Tiffany later admits that she is not getting together with Vinny like she lead Keegan to believe, and the two agree to patch things up.

Tiffany begins to feel good about how things are going between the two but things do not stay bright for her. She later learns that their joint account had been frozen and decides to confront Keegan about it. She then goes out for a drink with Whitney and receives a bottle of Champagne from someone. What will this mean for Keegan and Tiffany’s relationship? Keep checking Soap Opera Spy for more EastEnders spoilers, news, and updates.