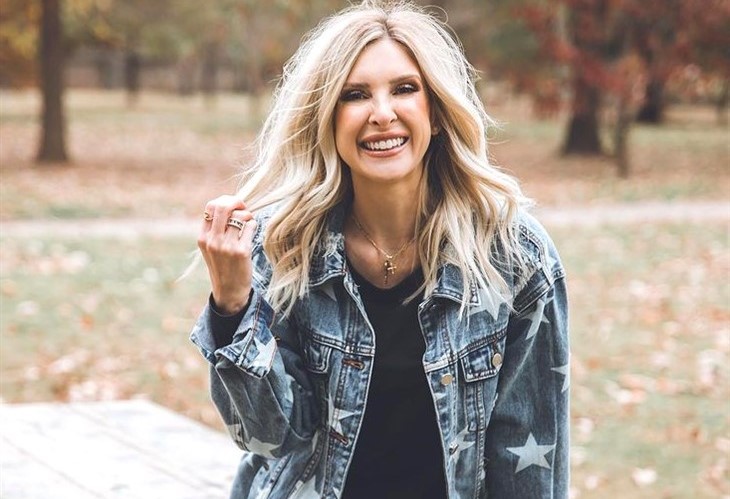 Chrisley Knows Best Lindsie Chrisley, and estranged husband Will Campbell, have finally settled their divorce months after the split was announced.

Us Weekly confirmed that the two were officially divorced on September 8, just under a month ago.

The Chrisley Knows Best pair agreed to set up child support and to share the custody of their son, Jackson, 8, according to court documents obtained by Us Weekly. There was no alimony settlement.

Lindsie, 32, and Matt, 31, had formerly divided and sold their assets which included things like their home, vehicles, furniture, and even their pet.

Per the papers, it seems Lindsie will be holding on to her Lexus and Matt will be retaining his F-150, but the family dog will remain in the possession of their son, Jackson.

Lindsie Chrisley announced the split from husband Matt at the end of July.

The Chrisley Knows Best pair had previously been wed for nine years.

The heartbreaking post, which showed and image of Lindsie and her young son seated together grinning at the camera, was captioned with, “While one door closes, another opens.

It’s with the deepest sadness that, after 9 years of marriage, Will & I have mutually decided to end our marriage.

We maintain the greatest respect & love for one another, & we’re so grateful for our time together.

We will continue to remain friends & be devoted parents to our son whom we both love very much. ”

Also in the caption, the reality TV star discussed the selling of her home and requested privacy through the divorce, writing, “Personally, I am focusing on the new beginnings ahead & a fresh space with the move this week.

Thank you in advance for respecting our privacy as we work through this challenging time for our family.” 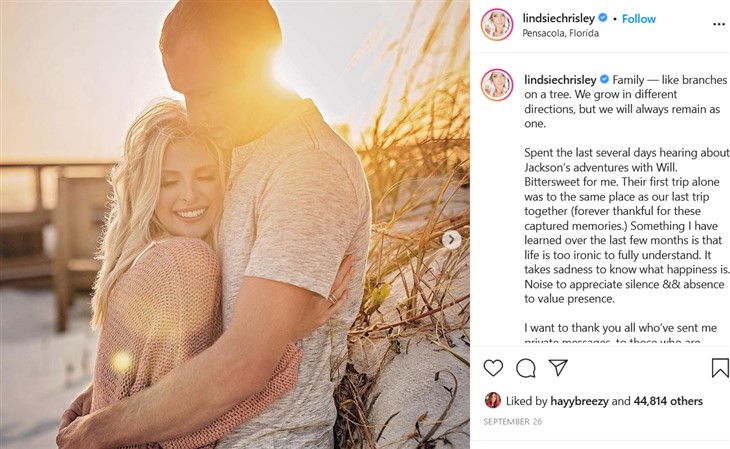 Fans of the show will recall that the Chrisley patriarch, Todd Chrisley, has been estranged from Lindsie for some time.

The 52-year-old Chrisley Knows Best star who had blocked his daughter on social media, shared a post on Instagram for his daughter during this troubled time, captioning it, “I’m here. I love you. Whatever is going on in your life right now, I see it, and I’m working all things out for good, for you, my child.”

Shortly after his post, Lindsie expressed shock that her father had shared something so personal on social media when they were not even communicating at the time.

Fans of Chrisley Knows Best can catch new episodes on Thursdays at 8 PM Central on the USA Network.

Be sure to catch up on everything with USA Network right now. Come back here often for Christley Knows Best spoilers, news and updates.