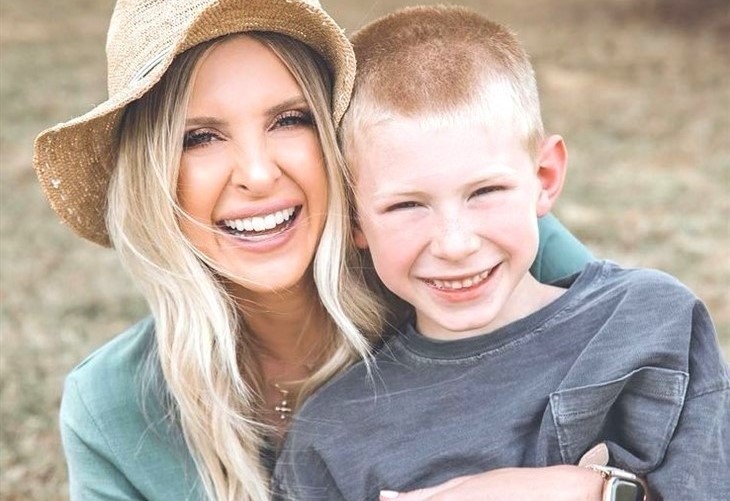 Lindsie Chrisley filed for divorce from her husband Will Campbell and hoped she did the right thing for her son Jackson. However, now Jackson realizes the practicalities of separated parents, she related that she felt very torn about it. Her nine-year-old son just couldn’t get his head around not being on vacation together with his mom and dad. Actually, the impact of the divorce on Jackson seemed to be the top priority for her estranged dad, Todd, when he heard about the divorce.

The Chrisley Knows Best alum announced that she and Will went their separate ways back in July. In fact, it’s not the first time they separated. Back in 2016, they filed for divorce but later reconciled and withdrew their decision. However, this time around, it looks totally serious and splitsville forever. In 2016, their son Jackson would have been much younger, and perhaps still innocent enough to not realize what was going on. But at nine, he now seems very conflicted about his mom’s separation from Will.

Lindsie Chrisley insisted that she wanted to make it easy for Jackson and she put him first and foremost to help him through. The transition can’t be easy though. In fact, she talked about her difficult decisions. Mindful that they both adore their son, their plans to co-parent seemed the best thing. However, what sounds best might not go that well for the kids when it comes to a divorce. Actually, the Chrisley Knows Best alum probably knows that perfectly well. She and her dad became estranged after he married Julie.

Taking to her Instagram on September 21, the USA Network alum noted, “My heart broke several times over the last two weeks having conversations with Jackson about his upcoming trip with Will.” Well, it turns out that they go on a trip, but of course, Jackson’s mom, Lindsie won’t be with them. It upset her son so much that he wanted to cancel the trip altogether. She added, “He couldn’t wrap his head around the fact that I wouldn’t be apart (sic) of the family trip.” However, she said that she spent time hyping up the trip, and slowly, he started accepting the idea.

Lindsie Chrisley explained that she put together a package for Will. In it, she included things like a “card for each day when he wakes up.” Hoping that it helps her son and Will make great “memories,”  she hopes that it reinforces the idea of being a “team” when it comes to co-parenting their son. 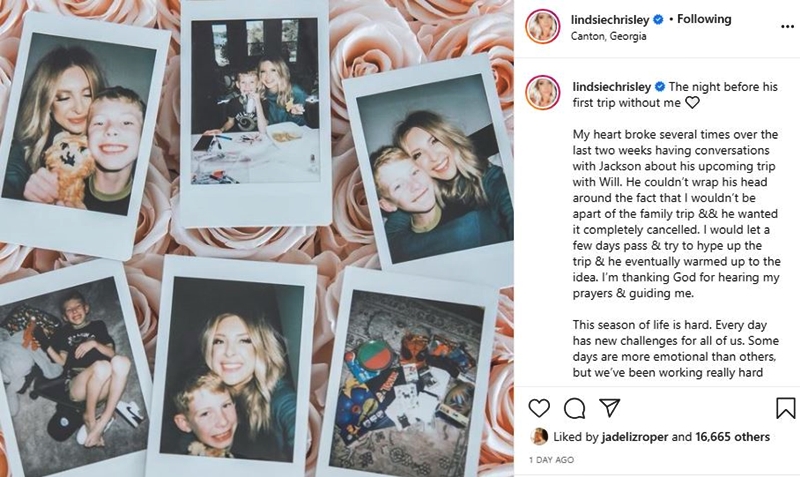 Additionally, she wants to prove that they “are a team & not competition,” noting, “we are two homes working together with the best interest for our son.“

Fans Reassure Her In The Comments

In the comments section, many fans offered encouragement and support to Lindsie Chrisley. One of them wrote, “You are one of the most amazing mothers. You are going to rock this co-parent thing! ❤️ you are already are! ❤️.” Then another fan noted, “❤️ the care package idea. Thank you for the reminder that it’s not a competition but working together with the best interest of Jackson. Sometimes it can be hard to remember in the moment.“

Be sure to catch up on everything happening with Lindsie Chrisley right now. Come back here often for more Chrisley Knows Best spoilers, news, and updates.