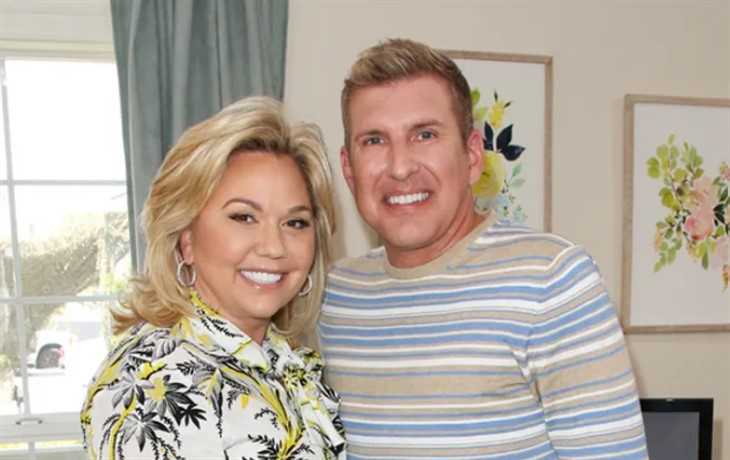 Chrisley Knows Best new reveals according to the reality TV couple’s attorney, the two have been targeted by rogue agents with the Georgia State Department of Revenue.

According to the lawyer the agents in question seemed to think they were untouchable. According to WTSB Atlanta, there has been an open investigation into the agents for more than a year.

Last year Josh Waites, the top Georgia revenue official was fired after it was discovered by the State Inspector General that Waites had lied on his application and did not have a two-year degree in criminal justice from the University of Northwest Florida.

There is also a criminal investigation into Waites for his mishandling of millions of dollars in seized assets.

Josh Waites was the Special Investigations Director of the Georgia Department of Revenue and thus in charge of the allegedly frivolous investigation into the Chisleys.

The attorney for the Chrisleys told WTSB Atlanta that the “cowboy culture” within the department led them to ultimately seize and hold on to over 5.3 million dollars during its investigations and that they had illegally spent more than $3 million of that money.

Chrisley attorney Chris Anulewicz told Richard Belcher, investigative reporter for Channel 2 that the agents had “targeted the Chrisleys because of their celebrity.”

Richard Belcher and the Atlanta Journal-Constitution began reporting on these abuses by the Department of Revenue’s Office of Special Investigations as many as 18 months ago.

Anulewicz has been focusing specifically on the supposed privacy of personal tax records.

Law enforcement agencies can use a specific law to gain access to personal tax records, but they have to be very specific, and they have to certify that the case is either about money laundering or terrorism and, Anulwics said, “there’s certainly no allegation whatsoever about the Chrisleys regarding that.”

The IG’s report had concluded that the agents in question had given false information to obtain the Chrisley’s tax records.

The Chrisleys are now suing Josh Waites for the alleged misuse of their private information.

Despite all the Chrisley legal drama in the news, the family seems to be keeping it well under wraps so they can focus on what the fans want – more Chrisley family fun.

However, the family patriarch did make one Instagram post a week ago where he captioned the details of what is going on concluding that “Josh Waites is “a liar and A thief, by misappropriating funds of the GA taxpayers to the tune of $3,129,162.40.”

Catch a new episode of Chrisley Knows Best followed by the season finale of Growing Up Chrisley Thursday 8 PM Central on the USA Network.