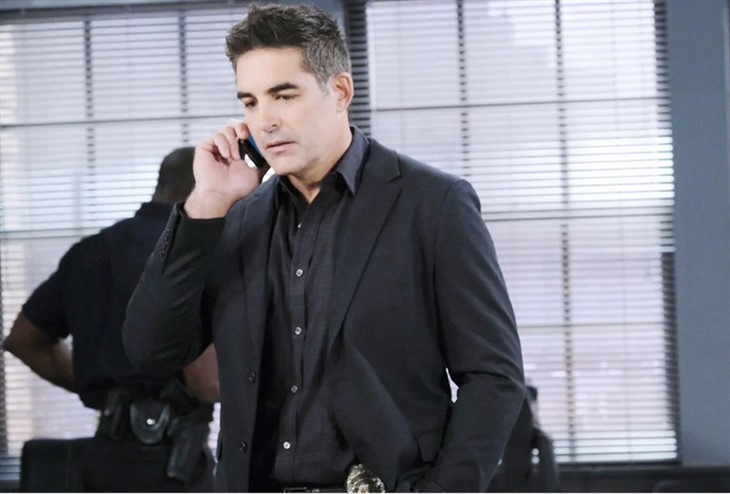 DOOL spoilers reveal that it was known from the beginning that ≈had a history with the mob. However, viewers didn’t realize he actually worked for the mob and knows Ava’s family quite well. Even though Jake is trying to forget about what he’s done and doesn’t like it brought up, his past could come back to haunt him.

Jake and Gabi are going up against Philip and trying to get him out of the CEO position. The goal is for Victor Kiriakis (John Aniston) to remove Philip from the position. Gabi believes that if that happens, then she will be selected to take Philip’s place. When Gabi kept pushing Ava’s buttons, Jake warned her that it was a mistake. Jake said that Ava is not the type of person that you can push and get away with it.

Now, Ava has informed Philip that he’s being set up by Gabi and Jake. The two will end up making a deal, which isn’t good for “Jabriella.”

Days of Our Lives spoilers reveal that Philip can’t get rid of Gabi without losing Gabi Chic, which has turned into an extremely profitable venture. If Titan loses Gabi Chic, then the company also loses a huge part of its bottom line. So, Philip plans on teaching Jake and Gabi a lesson instead.

As for Ava, she wants to make sure Gabi pays for all the trouble she’s caused in her relationship with Rafe. However, that’s just the tip of the iceberg.

Carlivati appeared on Dishin Days and Titan was mentioned. The head writer said that Rafe will be pulled into Titan’s war because of Gabi. With Ava knowing all about Jake’s history with the mob, could she make his past come back to haunt him? Is it possible that Rafe might be forced to arrest Jake? Not only would that hurt Gabi, but would force her to focus on freeing her boyfriend. That means Gabi’s attention would be turned away from Philip, Ava and Titan for the time being.

However, for this to work, Ava will have to pretend to not be the one responsible. After all, Rafe won’t look too kindly on his girlfriend ripping apart Gabi’s life. So, we will have to keep watching to see what happens with this storyline.