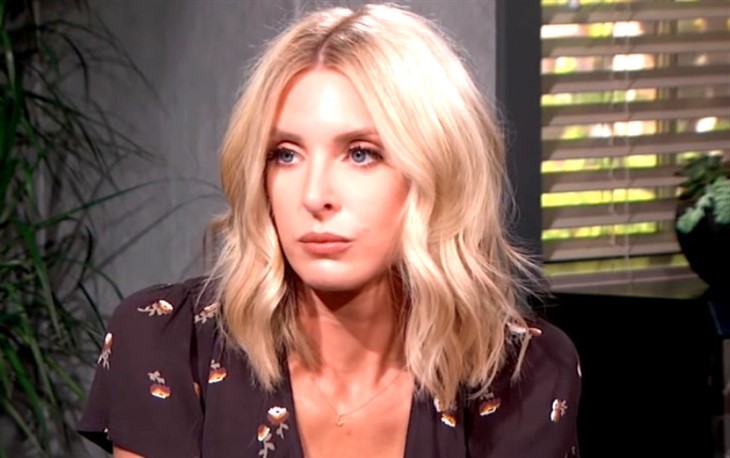 Chrisley Knows Best fans know that patriarch Todd Chrisley genuinely believes in his power to, well, know best! As a result, his kids Lindsie, Savannah, Chase, Grayson, and Kyle often clash with their know-it-all father. And his wife Julie doesn’t always escape her share of “I told you so” superiority from her husband Todd!

For years, Chrisley Knows Best fans have watched the reality TV show and wondered what Tod’s family REALLY thinks when the cameras are switched off.

Now one member of the Chrisley clan, Lindsie, is ready to spill and tell HER side of the “Todd Knows Best” story.

Find out what she says plus what to know about Lindsie below.

Lindsie Chrisley first rose to fame as a star on Chrisley Knows Best.

Sweet and polite, Todd Chrisley’s and Julie Chrisley’s oldest daughter seemed to have taken on the role of the perfect child.

From giving them an adorable grandchild to spoil to helping her parents learn to enjoy healthier food, Lindsie charmed her mom and dad.

But one area of her life became a battle ground.

Todd Chrisley couldn’t seem to get along with Lindsie’s husband Will Campbell.

And although Lindsie and Will have divorced, the issues that arose over her marriage coupled with other concerns continue to cause feuding with her famous father.

As a result, Lindsie left Chrisley Knows Best in 2017. And now she’s spilling on how she really feels about her father.

At this point in her life, Lindsie Chrisley sees zero odds of reconciling with her famous father Todd, reported PopCulture.

Lindsie bluntly stated that she feels her father fails to show authenticity in supporting her.

And while Todd publicly repeatedly insists he stands behind his daughter, Lindsie claims she never received any private and personal messages with that support.

Recently, Todd turned to his Chrisley Confessions podcast to send a message to his daughter.

But Lindsie shared that she didn’t even listen to the full podcast.

“Through therapy over the last year, I had just been advised by my therapist to not tune in,” she revealed.

And the advice didn’t stop there.

Lindsie doesn’t follow her father on social media or read all that he posts because “it’s triggering to me,” she said. “So, I try to distance myself from that as much as possible.”

However, the former reality TV star admitted that she knows some of Todd’s statements, which challenges her desire to distance herself.

“Some of the things that have been said either are just categorically false or maybe the intentions I don’t feel are pure,”she pointed out.

As a result, Lindsie seeks to avoid her family.

But she admitted to an exception. Lindsie does feel the need to respond if the Chrisley clan releases public statements about her.

As for whether Lindsie plans to reconsider her stance in the future, the Chrisley Knows Best alum seems determined to avoid her father.

“There will never be a reconciliation,” summed up Lindsie. “I think that the most that anyone could ask for at this point is for everyone to go on with their lives as they see fit and to just leave the other side alone. But at this point, there will be no chance for reconciliation. And unfortunately, I’m going to continue to respond to whatever allegations are put out.”

But fans can still hope for Lindsie to change her mind, given what she also revealed about her emotions.