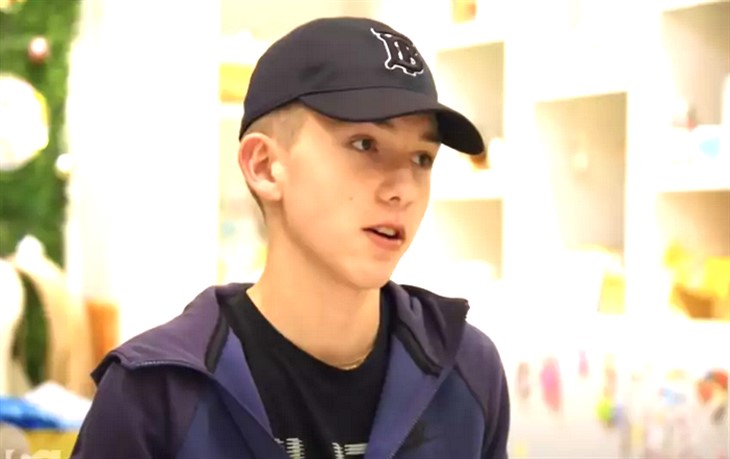 Chrisley Knows Best fans first met Grayson Chrisley when he was still a little boy, but he’s not so little now. In fact, USA Network fans think that he grows into a very handsome young man. Actually, in the current season of the show, they saw him driving a car. Still, it’s a hard adjustment for folks to make. However, none of that is as astonishing as what he did on a family trip for a snack.

Grayson Chrisley used to be in the main show and these days, fans also see him in the Growing Up Chrisley spinoff. Actually, fans saw a rather quiet character when he was a little kid. Sweet and friendly, he didn’t seem to have the same precocious attitude as his brother Chase. He seemed devoted to playing baseball, and little else. However, he seems to make up for it now with a definite sassy attitude emerging. Actually, in the past, Todd said that he’s his favorite child. How long will that last now he seems to have found his direction in life?

Where does Grayson fit into the family? If you don’t know, the patriarch of Chrisley Knows Best previously married Teresa Terry. During their union, they produced his estranged daughter Lindsie and her brother Kyle. Later, he married Julie, and they produced Chase, Savannah, and Grayson. Then, they took over custody of Kyle’s daughter Chloe. So, Grayson stepped aside as the baby of the family. Well, he’s no longer a baby and made an astonishing decision that freaked out some USA Network fans.

On September 7, the @chrisley_usa Instagram account shared a clip of Grayson. Todd, Chase, Savannah, and Grayson went out for a snack. The clip revealed that they visited the Legendary Milkshake Bar. Fans who know the place like it because they can custom-build their own delicious treats. Well, Grayson went all out. He chose a giant shake with ice cream, gummy bears, and more. In fact, astonished fans spotted what looked like a piece of bacon on the top! Well, Savannah seemed shocked and Todd also felt taken aback.

The young Chrisley Knows Best star pointed out that he couldn’t eat gummy bears and chips (which might have actually been on his shake well) when he wore braces. Todd reacted, saying, “Son everything you couldn’t eat, does not mean you should eat” Well, he’s not having it and Grayson said, “I’m back baby!” His deep voice shocked fans and many of them couldn’t be over how he suddenly grew up. 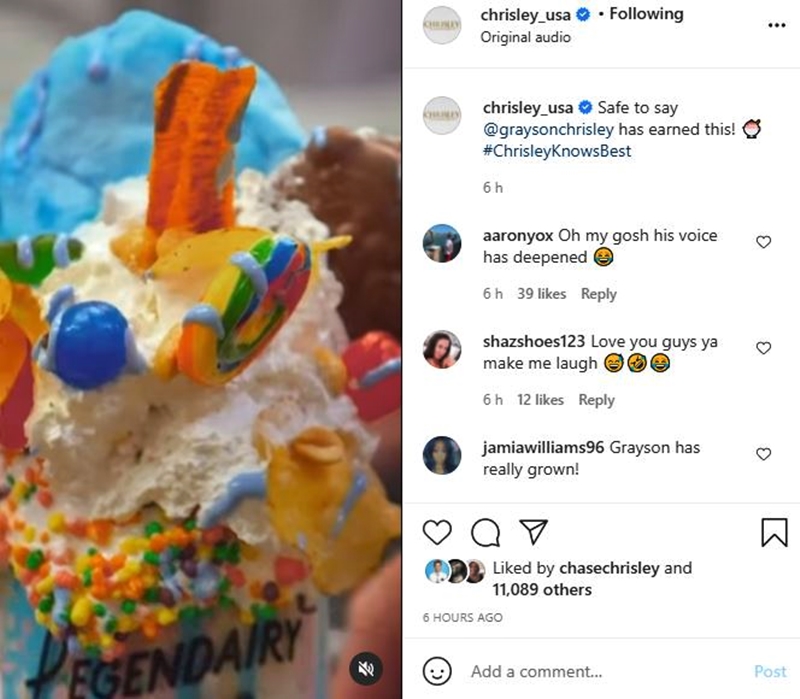 However, a big topic in the comments revealed that fans felt astonished at his savory-sweet treat.

One fan asked Grayson, “does that have bacon on it too? 😂🤢” Well, one fan kniws how he feels. They commented, “I know how you feel Grayson!!! Best feeling getting braces off!!!!” Another fan also sided with Grayson’s astonishing food combination. They wrote, “You go, Grayson…..you’ve earned every bite😍🙌❤️😂.”

Be sure to catch up on everything happening with Grayson Chrisley right now. Come back here often for more Chrisley Knows Best spoilers, news, and updates.