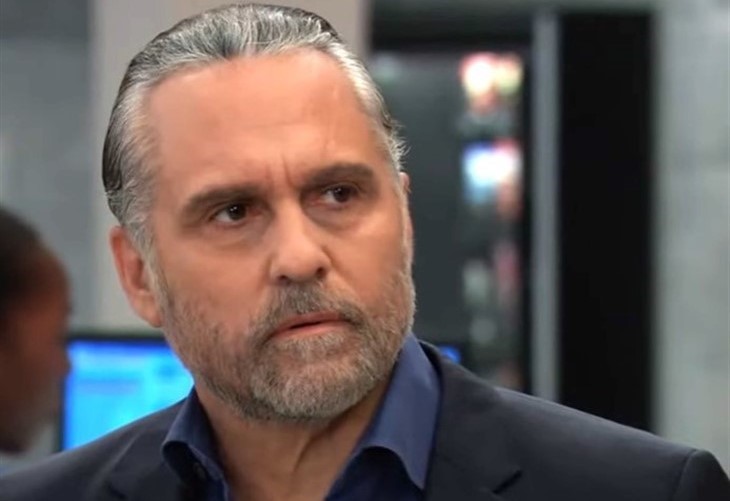 General Hospital (GH) spoilers for Friday, October 1, 2021, reveal the real Sonny Corinthos confronting one Cassadine while another Cassadine is in big trouble.

Sonny (Maurice Benard) may be back in Port Charles because he’s not quite as savvy as he used to be considering he just got duped by a teenager named Esme (Avery Pohl). This duplicity leaves him to confront and order around a very confused Nikolas Cassadine, which is so very Sonny Corinthos (Maurice Benard) of him.

Meanwhile, Cameron Webber (Will Lipton) and Trina Robinson (Sydney Mikayla) think they have the goods on Spencer (Nicholas Chavez) and confront him with what they know. Will he finally fess up to being Ava’s stalker? Considering that spoilers say that Ava Jerome (Maura West) gets the last word, we sure hope so.

GH Spoiletrs – But Where Is Josslyn Jacks?

Despite Josslyn (Eden McCoy) in on the teens’ plans, she needs to take care of her mother because Carly Corinthos (Laura Wright) is still angry at the world and out for blood. Now she even wants Jax’s (Ingo Rademacher) blood and Joss has to make sure her father survives her mother’s wrath.

How will Carly react if Jax does manage to tell her that ‘Mike’ and Nina Reeves (Cynthia Watros) were very much in love and Smike very much did not want to come home to Port Charles?

As for Nina, she is busy hearing Maxie Jones (Kirsten Storms) apologize for throwing her way, way under that bus, but Maxie has a good question. Why did she have to tell Carly about Nina? Why didn’t Sonny do it himself? Hmmm… Perhaps, he wanted Nina to live.

Over at the Q mansion, Brook Lynn (Amanda Setton) is curious about what is going on between Ned (Wally Kurth) and Olivia (Lisa LoCicero). Why is there so much tension? Will Ned confide in her about Austin’s (Roger Howarth) concerns that Leo might have autism and Olivia doesn’t want to hear it?

Elsewhere, Austin is meeting with Scott (Kin Shriner) as the lawyer tells the doctor the case against Edward’s will is proceeding nicely. Stay tuned to General Hospital weekdays to see how these stories play out.