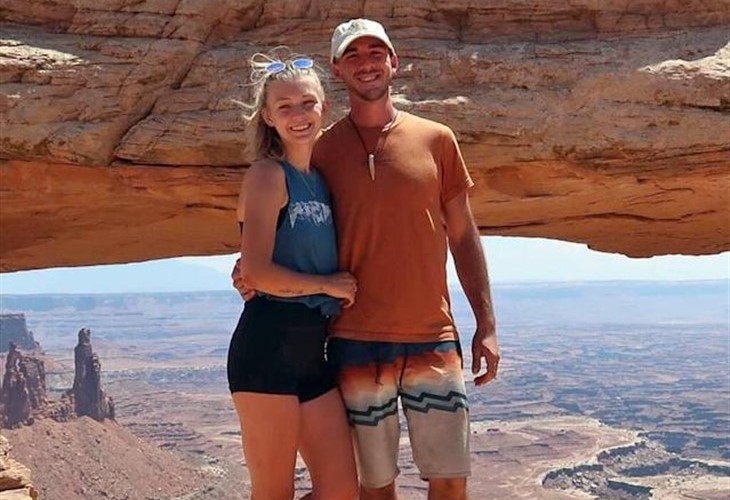 Brian Laundrie and Gabby Petito are both dead, but interest in the case still remains quite high. Duane “Dog” Chapman from The Bounty Hunter joined in the search. Now, an area where he looked for Brian who was wanted as a person of interest gets attention. That’s because a fisherman found a gun there. Does that mean it’s Brian’s? Well, that’s not possible to determine right now. After all, lots of other bodies already turned up during the search for Brian.

Plenty of people went searching for Brian Laundrie who disappeared. Gabby Petito was found to have died from strangulation and the public believed with all their hearts that he was the killer. That may never be proven now that he’s dead. So far, authorizes were not able to establish exactly how Brian died. However, Sarasota County Sheriff Kurt Hoffman suggested, “that guy went out there and by all accounts probably committed suicide and he was right out there where we thought he was.”

Well, the family of  Gabby Petito now hopes that the notebook belonging to Brian Laundrie, found near the remains, might yield some firmer answers. If not for Gabby, then to other reports of missing persons. Given that other bodies were discovered in the wilderness area, Duane Chapman even speculated that Brian might have been a serial killer. After all, about five bodies were found. However, The New York Post noted that authorities couldn’t link them to Gabby’s case. So, the news that a gun was found in an area searched by Dog Champan might not link to Gabby’s case at all.

The news that a fisherman found a gun in the water near Fort De Soto Park came from the Tampa Bay Times. He reeled in a handgun that was weighed down with a rock. So, potentially it could have been used to commit a crime. The fisherman called the find in and deputies from Pinellas County Sheriff’s Office took it into their offices. However, The Sun linked the two stories together. The outlet noted, “Fort De Soto Park was one of the locations where Dog the Bounty Hunter was previously searching for Brian Laundrie.”

The death of Brian Laundrie leaves followers of the story unsatisfied. After all, nothing seems conclusive. His remains were recovered but nobody could establish how he died. Lots of little leads and even incorrect sightings kept the conclusion always just out of reach. Potentially, this new find could remain just a tagged event that may or may not link to Gabby’s killer. Actually, some folks on social media seem to think that this might become one of those frustrating crimes that end up as cold as a dead fish.

If no further links lead to establishing proof that Brian Laundrie killed anyone, the case could possibly go cold. Perhaps, in years to come, after this all fades away, law enforcement might refer to it if they investigate similar crimes. Perhaps, one day, the new gun found in the water might even link to another cold case. For now, it seems that nobody really knows. In the meantime, this story still has some more mysteries to reveal as it hasn’t gone completely cold yet.

Be sure to catch up on everything happening with the Gabby Petito case right now. Come back here often for more Brian Laundrie news, and updates.