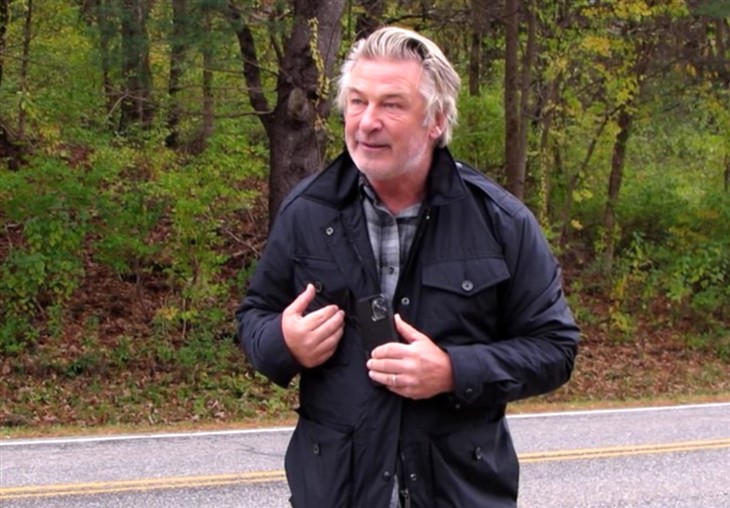 The film “Rust” featuring Alec Baldwin continues to attract controversy in the wake of a death. And as the days passed since the tragedy, one key question went unanswered. How, why, and when did live ammunition get used on the film set?

Now a “Rust” movie insider has answered that question. Find out below what the source says about what happened prior to Baldwin shooting the gun that resulted in the death of “Rust” cinematographer Halyna Hutchins.

Describing what happened prior to the “Rust” film shooting, an insider told The Wrap that crew members had used those prop guns for a hobby known as “plinking.” That means at least one person (possibly more) loaded the weapons with live ammunition. The crew members then aimed and shot at beer cans with the live ammo for target practice.

Those prop guns used in the “plinking” practice allegedly included the weapon later shot by Baldwin that killed Hutchins, said the insider. And only a few hours passed between the live ammo target practice and producer/lead “Rust” movie actor Alec discharging the gun.

Who Claimed That Baldwin’s Weapon Did NOT Contain Live Ammo?

At first, accounts varied as to who had told Alec Baldwin that the gun did not contain any live ammunition and therefore could safely be used in the filming sequence. But the insider also pointed to first assistant director David Halls as the individual who described the weapon as a “cold gun.” That term means a gun does not contain any live ammunition.

Because the “Rust” film set is in New Mexico, authorities there took charge of issuing search warrants. Those documents seemed to confirm that Halls had taken one of three prop guns arranged by the movie’s armorer Hannah Gutierrez Reed. Calling out “cold gun,” the first assistant director thereby indicated that the weapon contained no live ammo.

What Happened On ‘Rust’ Film Set After Baldwin Fired The Gun?

The shooting occurred as lead actor Alec Baldwin rehearsed one of the “Rust” movie scenes. According to the search warrant, Baldwin was “pointing the revolver towards the camera lens.” As a result of the shooting, both director Joel Souza and Hutchins got shot.

Souza later recalled seeing Hutchins grabbing her midsection. She then fell backwards, with those near her helping her to the ground. After getting injured when the gun discharged, Souza spent time in a local hospital before getting released.

The “Rust” movie producers issued a statement about the tragic shooting death, calling the “safety of our cast and crew…the top priority of Rust Productions and everyone associated with the company. Though we were not made aware of any official complaints concerning weapon or prop safety on set, we will be conducting an internal review of our procedures while production is shut down. We will continue to cooperate with the Santa Fe authorities in their investigation and offer mental health services to the cast and crew during this tragic time.”

What do you think about this tragedy? Should live ammo ever get used on a film set? Share your views with us. And then check back on our site for all your celebrity news and updates.