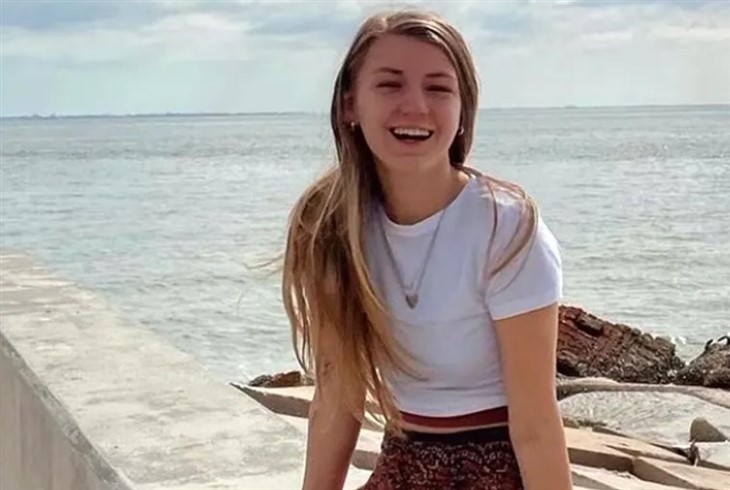 Gabby Petito news followers have long wondered what her parents believe about Brian Laundrie. And in the wake of the horrifying discovery that someone strangled Gabby, resulting in her death, some even wondered whether Petito’s parents would speak out and blame Brian.

But Gabby’s father Joe Petito waited for the right time. And now, following new findings, the 42-year-old dad of Gabby has decided to open up. Find out what Joe Petito believes and hopes below.

Police in Florida recently revealed the discovery of Brian Laundrie’s remains. And their findings didn’t stop there. In addition, searchers recovered Brian’s notebook. The police described that notebook as possibly “salvageable,” sparking conspiracy theories about what it could contain.

But for Gabby Petito’s  heartbroken father, that notebook seems unlikely to provide closure. The 42-year-old parent refuses to participate in the ongoing buzz about what Laundrie wrote, reported the NY Post. And Joe Petito also declined to discuss the fact that Brian Laundrie remains the only person of interest in Gabby’s murder.

Instead, as his grief continues to dominate his life, Joe has shared that he wants to take all the obsession about his daughter’s murder and change the focus. Petito hopes to help save other women who are missing and/or abused.

What Could Brian Laundrie’s Notebook Reveal?

Some hope that Brian Laundrie’s notebook could point to ways that someone could have saved Gabby Petito. But not her father. Joe Petito does not hold out hope for those types of answers.

And in the wake of discovering Gabby’s murdered remains in a Wyoming park on September 19, this grieving father emphasizes that no words written in a notebook could heal him. Nothing that Brian may have penned could bring back Gabby.

Instead, said Joe Petito, he hopes that authorities will use that notebook to find missing people. Thus far, Gabby’s murder has resulted in the discovery of other bodies. And now her father holds out hope that somehow, her death could at least save others.

But while Joe Petito grieves the loss of his daughter, two other parents also suffer, he pointed out. And Joe revealed what he believes about Brian Laundrie’s own parents. Could that notebook ease the heartbreak of Brian’s parents, Chris and Roberta Laundrie?

Joe believes that Roberta and Chris feel their own loss. As a result, he doubts that Brian’s notebook may ease their own grief. The Laundrie’s attorney, Steve Bertolino, agreed. The case represents “just a tragic situation for both families,” summed up the lawyer.

Seeking to find a way to use his grief for good, Joe Petito also spoke out about domestic violence. Gabby’s father pleaded for additional resources to aid domestic violence victims. And he pointed to the “insane” statistics showing that one in three women have experienced some type of such abuse.

At this point, officials continue to investigate what happened in Utah. Police there had stopped Brian and Gabby after observers saw him slap her. Authorities want to know why cops allowed the couple to continue rather than halt them, a move that some think could have saved her life.

What do you think about Joe Petito’s comments? Do you agree with him? Share your views, and then check back on our site for all the news about Gabby Petito and Brian Laundrie.