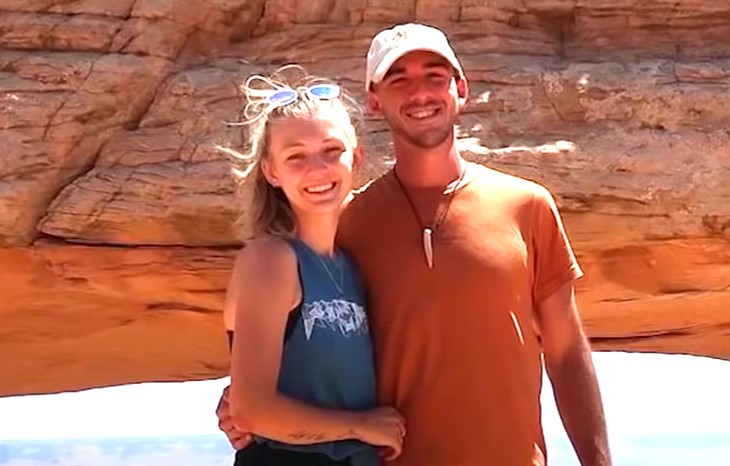 The mystery involving Brian Laundrie and Gabby Petito continues to raise more questions than answers. And now, in the latest shocker, Florida police have dropped a bombshell.

Admitting to what one cop called a “costly mistake,” this newest information connects to Laundrie’s own mother! Find out what just got revealed below, including how one official blamed Brian’s parents.

Investigators thought in September that they kept surveillance on Brian Laundrie. But now the Florida police have confessed their error, reported the Daily Mail. Rather than carefully following Brian, the investigators had trailed his mother Roberta Laundrie!

The confession comes in the wake of a September 16 press conference held by North Port Police Chief Todd Garrison. The police chief boasted that he knew “where Brian’s at.”

But this week, Public Information Officer Josh Taylor confessed that Garrison had erred in that statement. Calling the error a “costly mistake,” Taylor added, “No case is perfect.”

Police Blame Brian Laundrie’s Mom For Their Own Mix-Up!

But then the Florida police managed to shift the blame for their mistake to Brian Laundrie’s mother. Noting that Brian’s mother Roberta had worn a baseball cap, the officers implied that the cap made her look like his son. In addition, police commented that mother and son were “kind of built similarly.” Therefore, they concluded, the cap combined with her build caused their error.

Police also stated that the confusion between mom and son occurred on September 15, halfway between the date he was reported missing and the day he left his parents’ home. The September 17 missing persons report filed by his father Christopher and mother Roberta included their claim that he did not head back to the house after going hiking in Myakkahatchee Creek Environmental Park.

Family’s Missing Person Report ‘Was News To Us,’ Say Police

Police also have opened up about their communications with Brian Laundrie’s family. On September 15, Roberta and Christopher headed to the park and drove their son’s car home. They explained they wanted to ensure that Brian’s Mustang “wouldn’t get towed.”

And when the Laundrie family reported that Brian was missing, “that was certainly news to us that they had not seen him,” said  Public Information Officer Josh Taylor. “We thought that we seen Brian initially come back into that home on that Wednesday. But we now know that that wasn’t true.”

In addition, Taylor raised questions about Roberta and Christopher’s decision to drive their son’s car home. He first admitted that the officers who thought they saw Brian step out of his Mustang car at the family home had mistaken his mom Roberta for her son.

“I believe it was his mom who was wearing a baseball cap,” clarified Taylor. “They had returned from the park with that Mustang. So who does that? Right? Like, if you think your son’s missing since Tuesday, you’re going to bring his car back to the home.”

Taylor also claimed that officers got delayed because Brian did not get named as a person of interest in the murder of his fiancée, Gabby Petito, until September 15. However, he also defended the police department. “We were the ones doing everything in our power to get answers on this. If mistakes were made, there’s human error involved in every investigation. It certainly wasn’t from a lack of taking it seriously or hustle or knowledge. Sometimes things happen,” he summed up.

What do you think about the new confession from Florida police? Do you think that their error is understandable? Share your views with us. And then check back on our site for all the news about Brian Laundrie and Gabby Petito!