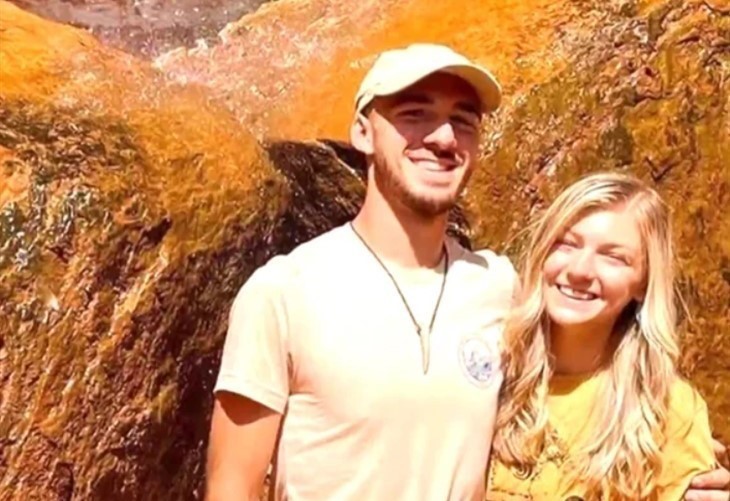 Gabby Petito and Brian Laundrie began their relationship like Romeo and Juliet, say insiders. For instance, the two grew up on (literally) opposite sides of the train tracks. And while Gabby enjoyed her early years in a wealthy neighborhood, Brian lived in a much more modest home on the “wrong” side of town, insiders told the NY Post.

But somehow, the boy from the “bad” area of town and the girl from the “right” region found each other. So how did what began as a sweet romance between two young people turn deadly? Find out what those who know them just revealed below.

For Brian Laundrie, life growing up felt challenging, a friend of his family shared. Roaming around as a loner, Brian turned to reading books for distraction and comfort. But Gabby enjoyed life as a “free spirit,” revealed her mother Nichole Schmidt.

Nicole viewed Gabby as “dependent” on her family and friends.In contrast, Petito’s friend Rose Davis noted, Brian did not succeed in forming friendships. That’s where his beloved books came in.

“They were different,” summed up Rose. “But not like everyone else. Because of that, they sort of clicked.” And that “click” began their romance when they first met.

Growing up less than two miles apart on different sides of the train tracks, Gabby and Brian found each other during her sophomore high school year and his junior year. A friend of both families believes that the two began their romance because neither “fit in” with the high school cliques.

In some ways, the mystery of Brian Laundrie and Gabby Petito ended in two ways. First, investigators found Gabby’s strangled dead body on September 19 in Grand Teton National Park in Wyoming. And second, in the wake of a huge manhunt, searchers discovered Brian’s body in a Florida nature reserve.

But some feel that the mystery of how that sweet high school romance went so wrong remains unsolved. What really occurred between Petito and Laundrie to result in two deaths? Here’s what’s known:

For several reasons, observers seeking answers as to what really happened in Brian’s and Gabby’s relationship have now focused on his parents, Chris and Roberta Laundrie. First, the couple has not explained why they took their son camping in the wake of his road trip return without Gabby. And second, Chris and Roberta seemed to show no emotions when they directly led searchers to their son’s decayed body.

Those involved in the hunt revealed that Brian’s parents took less than 90 minutes to guide police to that area. Yet for more than a month, searchers had hunted for Laundrie without success. In addition, Chris and Roberta have not issued any statements about either Gabby’s death or their son.

At this point, Chris and Roberta face no charges. But they do find themselves in the midst of accusations. Conspiracy theories, such as those accusing Brian’s parents of planting evidence, continue to soar. And some think that unless Chris and Roberta speak out, the case will never end.

What do you think about the Brian Laundrie and Gabby Petito investigation? Do you believe any of the conspiracy theories? Share your views with us. And then check back on our site for all the news!