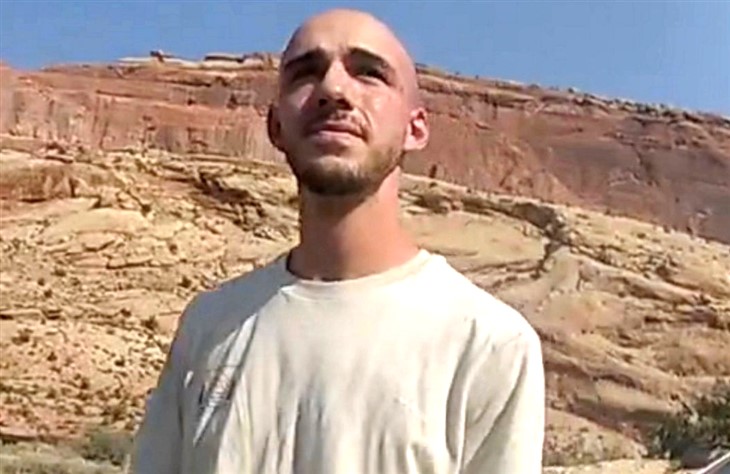 The search for 23-year-old Brian Laundrie, named a “person of interest” in the murder of 22-year-old Gabby Petito, has ended. But a lawyer claims that Brian’s parents allegedly might face legal consequences for several reasons. And that attorney told Fox News that although no charges exist currently, he sees some potential for liability.

Find out below what the lawyer revealed. Could a link exist between Laundrie’s parents and Gabby’s murder?

In the wake of finding Brian Laundrie’s remains, his parents might bear “potential liability” in Gabby Petito’s death, said criminal defense lawyer Mark Geragos said. Despite rumors to the contrary, the FBI has confirmed that the recovered remains belong to Laundrie. And that could potentially begin a series of events resolving in liability for Brian’s parents, added the attorney.

“Based on what we know so far… the only exposure, potential liability, would be either after the federal warrant was issued or if there was some assistance given while he was a fugitive,” explained Geragos. But that means his parents might get accused of a crime only after the U.S. District Court of Wyoming issues a federal arrest warrant for Brian.

Initially, Laundrie got labeled a “person of interest” in the murder of his fiancée Gabby Petito’s killing. However, he also faced charges of $1,000 worth of fraudulent debit card purchases made between Aug. 30 and Sept. 1. Based on those charges, the U.S. District Court of Wyoming issued a Sept. 23 federal warrant for Brian’s arrest. Her parents have claimed that Laundrie “stole” Gabby’s credit card.

Prior to the disappearance of Gabby, Petito and Brian Laundrie traveled across the country in a Ford Transit van. She then disappeared, and Brian headed alone back to their home in Florida on September 1. He, Gabby, and his parents had lived there before that fatal road trip.

But as Gabby’s parents sought to find her, they felt “stonewalled” by Brian’s parents. Eventually, on Sept. 11, her parents reported Petito missing. When police visited Laundrie’s parents, they learned that the couple had hired attorney Steven Bertolino.

On Sept. 17, Brian’s parents reported him missing. They later explained that they last saw hi on Sept. 13. by the time Florida police arrived at their doorstep. The Laundries reported Brian missing on Sept. 17 but later clarified that they had last seen their son on Sept. 13.

Looking back at what happened, Gregaros recalls what he then assumed consisted of meaningless conspiracy theories. “Early on during this, when people were speculating that [Laundrie’s] parents had done various things to assist [Laundrie], they said he was exposed,” pointed out the attorney. “And I just thought that was a lot of chatter.”

But certain elements made Gregaros rethink that assumption. In particular, he wonders about Bertolino’s statement claiming that one day before Brian’s remains were discovered, the Laundries told authorities that they planned to search the park. During the search on the next day, “some articles belonging to Brian were found,” added Bertolino.

Brian’s parents headed to the park on Wednesday morning. Soon after, officials arrived. And by that afteroon, the authorities found some of Brian’s belongings and remains. FBI Tampa special agent Michael McPherson clarified that the items “were found in an area that, up until recently, had been underwater.”

But Geragos raised questions about the timeline. “Supposedly, within a very short period of time, [Brian’s parents] found not only a backpack and a notebook but his remains,” the criminal defense attorney said. “…That, to me, is going to reignite suspicion as to what their involvement may or may not have been.”

What do you think about the attorney’s statements? Share your views with us. And then check back on our site for all the news and updates about Gabby Petito and Brian Laundrie.