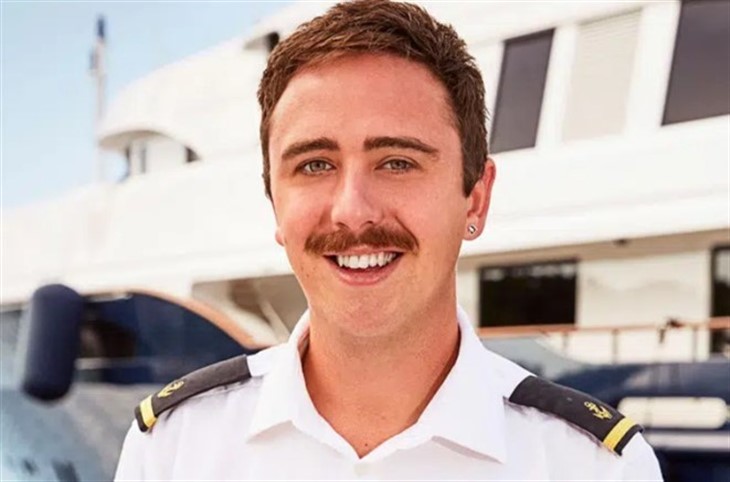 In Season 6 of Below Deck Med, deckhand Lloyd Spencer opened up to cameras about his bi-sexuality and it was so well-received, he’s really feeling the love.

When, during an episode of Watch What Happens Live with Andy Cohen the reality TV star was asked how his news was received he answered saying, “I’m gonna say I was 99.99999 percent positive – ahhh- there was a couple of idiots, but other than that everyone has been absolutely fantastic.”

Below Deck Mediterranean – ‘Couldn’t Be Any Happier’

When Cohen pointed out that it must have made the Below Deck Med star “feel great given how anxious you were about other people finding out.”

In response, Lloyd indicated that it was “obvious” he was nervous but that he “couldn’t be any happier” about the way it turned out.

A member of the virtual audience asked the deckhand if he had heard anything from his former captain or other crewmates, he responded that he hasn’t, adding that the main reason for that is that he had “blocked that captain” from contacting him.

Below Deck Mediterranean -‘I’m Just Not Thinking About It’

Asked if anyone from his previous crew knew he was on Below Deck Med, he responded, saying, “Yeah, I would imagine that at least one of them would have known that I’ve distanced myself from that and surrounded myself with some incredible people now,” adding, “so, I’m just not thinking about it.”

The Watch What Happens Live host then praised the reality TV star telling him, “Good for you! That’s great.”

Though the Below Deck Med star had a rough go at the beginning that almost made him lose faith in the industry, he told E! News, in August, that this new season of the show reminded him why he got involved, to begin with, saying, “it completely smashed my previous experiences out from my memory almost.”

The Below Deck Med star revealed, on Instagram last month, a little of what his life is like now aboard the Lady Michelle, with an image of him on a small boat, grinning from ear to ear.

He captioned the image with, “Back on Charter in Greece and loving life.”

In that post, fans gushed about Lloyd with one writing, “ Fave human on the latest season! Thanks for being lovely.”

Another fan wrote, “O.M.G. Lloyd without that cheesy mustache you are a Hottie!!”

Still another fan voiced her support for the reality TV star writing, “Keep doing you, Lloyd – anyone who doesn’t see your worth isn’t someone to be bothered with.”

Fans of Below Deck Med can catch new episodes Tuesdays at 7 PM Central on Bravo.