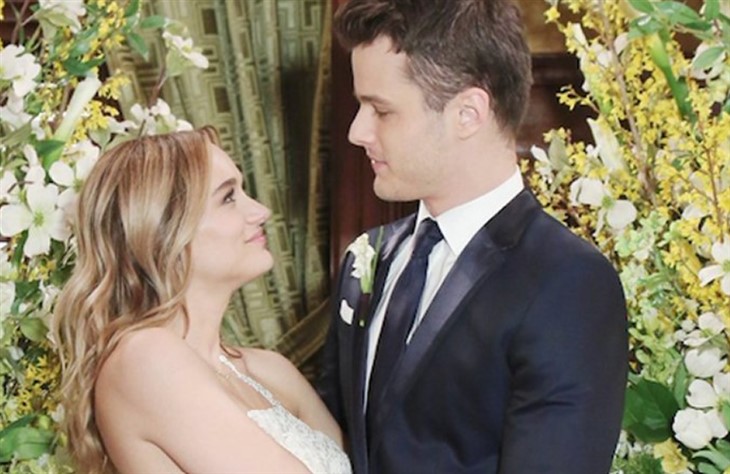 Is The Young and the Restless is going to pull a bait and switch and have Kyle and Summer enjoy a real wedding in place of Victoria and Ashland?

The Young And The Restless Spoilers – Skyle Fans Were Let Down

Mealor and King’s interview has some fans wondering if they will get married again after Victoria Newman (Amelia Heinle). The duo spent most of the interview, saying how much they enjoyed being a part of the CBS soap and did not give away anything regarding their return. There are Skyle fans who still believe that Victoria will not marry Ashland and that the wedding will be the one Skyle fans have been waiting for.

King and Mealor say they will be mingling with the guests at Victoria and Ashland”s wedding, and spoilers have revealed that Vicki will love the dress that Sally Spectra designed. Spoilers have also teased that Ashland’s fiancee will end up broken-hearted and alone.

None of this indicates whether or not the Vashland wedding takes place.

It could be true that the civil ceremony will be the only one, and Skyle will only show up in a few episodes to celebrate Vashland’s big day. For true devotees of Kyle and Summer, this would be disappointing and is why they will have faith until the end.

Y&R Spoilers: Doug Davidson Shares His Bewilderment Over His Neglect By The…