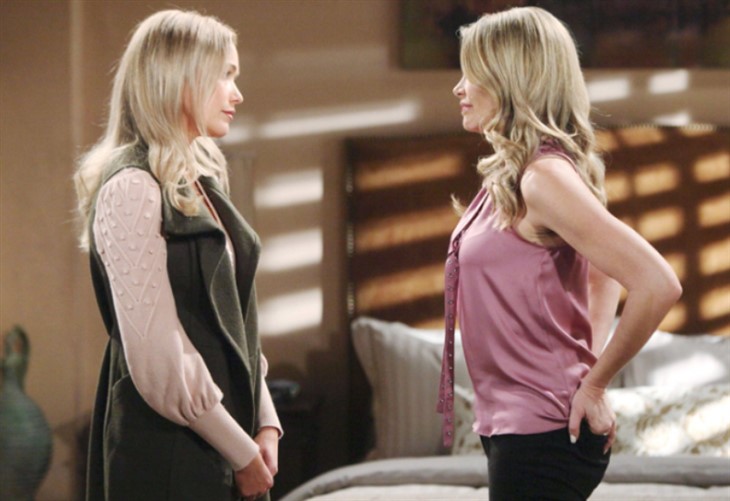 The Bold and the Beautiful (B&B) spoilers reveals that our inside source at CBS is hearing whispers about the mother-daughter duo from Vegas, Flo Fulton (Katrina Bowden) and Shauna Fulton (Denise Richards).

Neither have been seen a whole lot lately, and that has led to the rumor mill churning out bits and pieces about the futures of these two.

The speculation about Flo has been especially intense as she was much more involved in plotlines than Shauna at one point. The show’s executive producer and head writer Bradley Bell has apparently heard these rumblings, too, and told Soap Opera Digest that despite Bowden being involved in other projects at the moment, she is, “still very much a part of the makeup of the show.”

He did not make reference to Shauna Fulton.

B&B spoilers – Where Are Flo Fulton And Shauna Fulton?

Denise Richards debuted in the role on April 4, 2019. Shauna is besties with Quinn Fuller and after coming to LA she had a torrid fling with Ridge Forrester (Thorsten Kaye). Fans totes shipped these two but in the end Ridge went back to his old faithful, Brook Logan (Katherine Kelly Lang).

Recently Shauna has been around only to listen to Quinn vent about Brooke’s interference in her marriage. Quinn cheated with Carter Walton (Lawrence Saint-Victor) and Flo helped her to cover for the fling. True blue Flo actually said it was she who was having the affair with the hunky lawyer, but in the end all parties came clean.

Before that, both she and Flo were outsiders due to their withholding of information about Hope Logan’s (Annika Noelle) supposedly-deceased child, Beth. When the truth came out Flo and Shauna were ostracized even more. In the end all was forgiven and mother and daughter were accepted by the Forresters and Logans.

When will Flo and Shauna return to the front burner? Show spoilers do not reveal any sensational action for either of them at the current time. But that doesn’t necessarily mean that they are sidelined. Perhaps there is a juicy plot waiting to burst open, one that they will be a part of?

Come back here often for updates B&B fans, as soon as our inside source at CBS has more news, we will be sure to update you.