The Bold and the Beautiful’ Spoilers: Fulton’s Stock Rising – Shauna and Flo In Demand 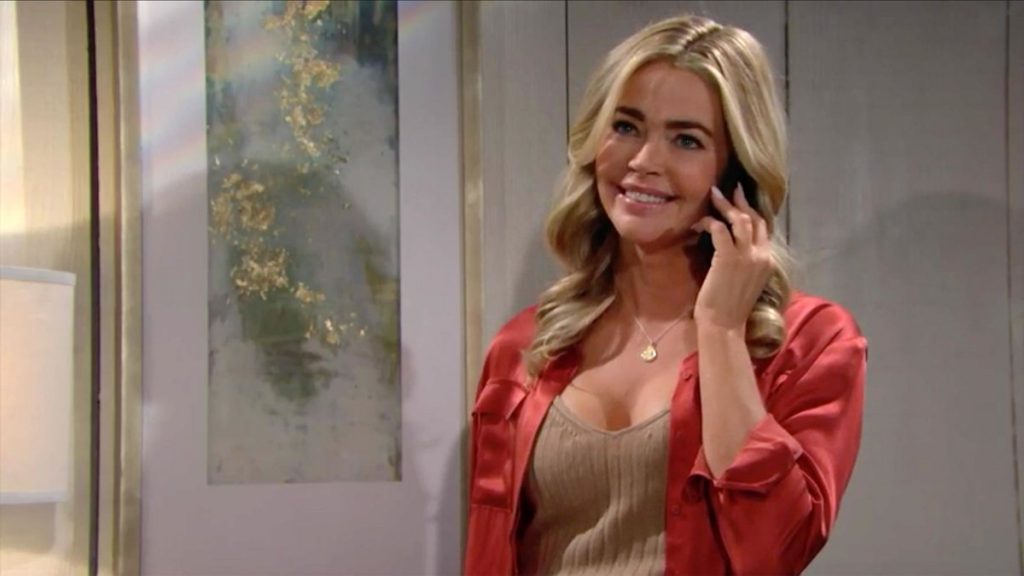 The Bold and the Beautiful spoilers tease that the Fulton’s appear primed for a good year ahead. Shauna Fulton (Denise Richards) and Flo Fulton (Katrina Bowden) are likely on the upswing.

Shauna continued to believe in her daughter’s goodness after the amazing Logan family connection was followed by Flo’s link to the Beth Spencer (Madeline Valdez and River Davidson) reveal. Then, Richards’ character began to see daylight where Ridge Forrester (Thorsten Kaye) was concerned.

Meanwhile, as Flo continues to recover from the organ donation she generously gave to Katie Logan (Heather Tom), Wyatt Spencer (Darin Brooks) is in flux with his current significant other, Sally Spectra (Courtney Hope).

Ridge is still in love with his wife. But he also knows that Shauna is an option. That gives him leverage Brooke Logan (Katherine Kelly Lang) doesn’t have.

The crumbling of Bridge is something that everyone could see coming for months. Brooke has lived in fear of losing Ridge because he was and remains unable to see his son, Thomas Forrester (Matthew Atkinson), for who he really is.

Shauna’s infatuation with Ridge developed into something deeper when he agreed not to oppose Flo’s immunity deal. The Bikini Bar event came later and plenty of kisses have followed, all of which led to the Bridge divorce papers being signed, with no sign of a reversal of course apparent.

Flo and Wyatt have loved each other since they were high-schooler’s in Las Vegas, Nevada. Their history has always put Wally’s viability in question, which Sally instinctively recognized.

Miss Spectra accepted Wyatt’s impulse engagement offer, but hasn’t realized the traditional engagement ring since. That’s why her Freudian slip, where she called Wyatt by his brother’s (Liam Spencer, Scott Clifton) name, is a big deal.

As B&B writes Bowden’s character back into the script, following the actor’s film shoot, Flo is squarely back on Wyatt’s radar, never having left his heart.

The Bold and the Beautiful Spoilers: Here’s Your 2020 B&B Preview – More Betrayal, Lies, And Chaos Ahead @celebratesoaps #bb #BoldandBeautifulhttps://t.co/Eta7FfJ140

Bold And The Beautiful Spoilers – Easy Predictions Aren’t Sure Shots

Projecting Shauna with Ridge and Flo with Wyatt would be easy. Both couples could happen. But achieving each status surely won’t be simple, as this is daytime drama.

Brooke’s tie to Ridge is legendary, whereas Sally and Wyatt’s bond is thin. Personal history matters, especially on the soaps.

Bridge won’t ever be fully broken, meaning that Shidge isn’t a sure shot. Flo appears to be in a better position to revive her relationship with Wyatt. However, Wo must overcome trust issues first.

B&B fans will keep watching all involved characters. Yes, two remixes appear in order, but neither is inevitable yet.

The Bold and the Beautiful Star Denise Richards Planning A Huge Move – Is She Leaving Los Angeles?