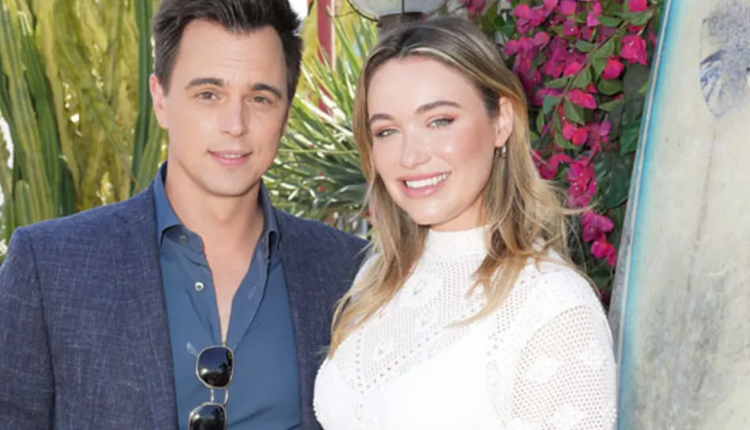 The Bold and the Beautiful (B&B) spoilers and updates tease that the show’s executive producer and head writer, Brad Bell, has opened up about the absence of fan favorites, Katrina Bowden and Darin Brooks. Both actors have had limited appearances over the past few months, which left some fans to speculate that they’ve left the daytime soap.

Bell recently talked to Soap Opera Digest and revealed that both actors have been busy working on other projects, hence their absence. Bowden plays the role of Flo Fulton on the soap while Brooks’ character is Wyatt Spencer.

Brooks is busy with his gig with Hulu and Peacock where he stars in the animated series called The Croods: Family Tree. He’s also set to appear on Amber Brown, an Apple TV+ comedy series, in a recurring capacity.

As for Bowden, she was cast in Dead Wrong. It’s an indie crime drama that follows the story of a narcissist who starts a get-rich-quick scheme, which creates a devastating effect on the lives of people he knows including Barbara (Bowden) who is on the verge of committing suicide.

Liam doesn’t want Hope getting close to Deacon and he also doesn’t agree with her decision. Not only does Hope plan to let Deacon in on her life, but she also wants Deacon to know the kids, as well. She understands that Liam has issues with her father but she’ll expect his full support on her decision.

She may argue that she’s forgiven him so many times. She’ll use this to convince Liam that her father deserves the same mercy and kindness.