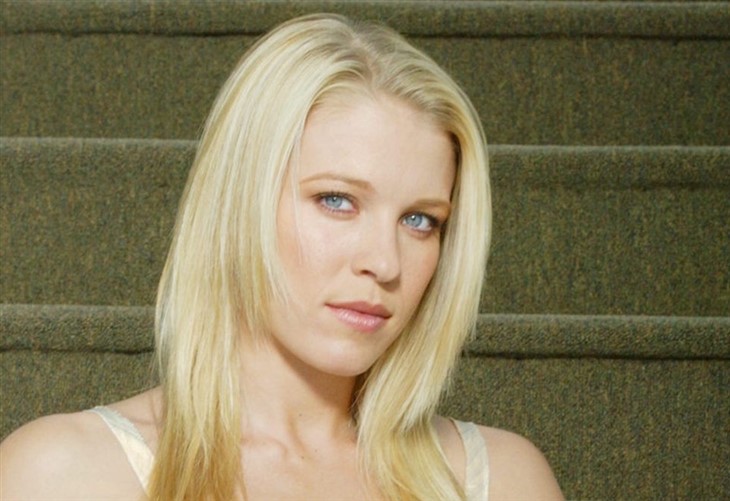 General Hospital (GH) spoilers and updates tease that Alicia Leigh Willis stars in a new film called Her Boyfriend’s Deadly Secret. She may no longer be with the daytime drama but she’s keeping herself busy with several projects.

The new thriller follows the story of a mother who tries to protect her daughter from her boyfriend’s deadly secret. Willis plays the role of Taryn while her on-screen daughter is portrayed by Kalen Bull. Sadie is in love with her perfect boyfriend and has no idea about his deadly secret. Now, it’s up to Taryn to keep her daughter safe. But at what cost? The new thriller movie premiered on Friday, October 15 on Lifetime Movie Network.

Fans may recall Willis in General Hospital as Courtney Matthews, Sonny Corinthos’ (Maurice Benard) sister. Her character was killed off in 2006 but reprised her role in 2015 when she paid a ghostly visit to her family. She also appeared as Alli Fowler on Another World and had roles in primetime series such as The L Word and American Heiress. Her other acting credits include Saving My Daughter, Mommy’s Little Princess, and Dangerous Company.

In upcoming scenes, Michael Corinthos (Chad Duell) and Nina Reeves (Cynthia Watros) will come up with a plan involving Wiley Quartermaine-Corinthos (Caleb and Kyler Ends) visitation. However, Michael will be left furious after talking to Jasper “Jax” Jacks (Ingo Rademacher). Fans have to stay tuned to find out what their conversation is all about. Michael will be left furious and Sonny and Carly Corinthos (Laura Wright) will have no choice but to deal with their son’s anger.

As for Drew Cain (Cameron Mathison), he wants to break free from Peter August’s (Wes Ramsey) mind control but it won’t be easy. He’ll need Liesl Obrecht’s (Kathleen Gati) help. What he doesn’t know is that Jason Morgan (Steve Burton) and Britt Westbourne (Kelly Thiebaud) will travel to Greece as they move on with their plan to find Drew.