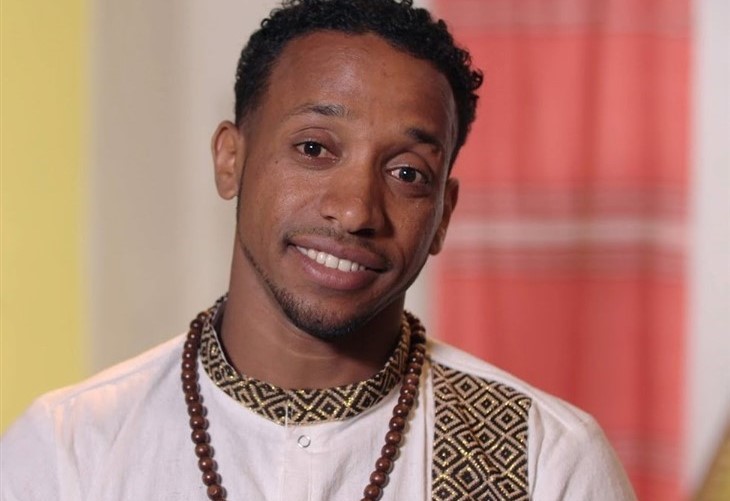 Sunday’s Tell-All for season 3 of 90 Day Fiancé: The Other Way is certainly bringing shocks and surprises, as the TLC tell-alls always do. One of the major surprises for fans and fellow cast members alike in the coming Tell-All is the fact that Ariela Weinberg will walk onto the set alongside Biniyam Shibre. It seems the Ethiopian has finally got his K-1 visa and was able to travel to the US.

The finale for season 3 of 90 Day Fiancé: The Other Way featured three weddings. However, Ariela Weinberg and Biniyam Shibre weren’t among the nuptials. However, while they have seen their ups and downs during the current season, it looks like everything is working out for the best for Ari and Bini.

Fans will remember that season 3 started with Ariela inviting her ex-husband, Leandro, to their Ethiopian home. This led to Biniyam becoming increasingly jealous, but the crunch came when Ariela suddenly had to fly back home to the US, so their baby Aviel could have hernia surgery. While she was away, Biniyam worried that she might never return home to Ethiopia. The way he handled this was by deciding to spend his time partying with several different women in their home.

Ariela was humiliated over this, believing Bini was cheating on her and threatened to never return to Addis Ababa. On the show, she even refused to attend Biniyam’s K-1 visa interview. In fact, they argued over the fact that she wouldn’t attend the interview. This led to Ariela and Biniyam allegedly parting ways in the finale episode, with Ariela deciding to stay in Kenya.

Meanwhile, Bini was nervous over the interview, as he had been turned down three times before with his former wife, Bria, who was giving birth to his first son, Simon, in Iowa. Biniyam said sadly, “My whole life depends on this visa.”

Meanwhile, it turned out Ari was also worried that his K-1 visa could be denied, as her first husband was also a foreigner. At the time, Ariela said in her confessional, “I really can’t see a future together without the visa.”

Finally, some good news comes on Sunday’s Tell-All for season 3 of 90 Day Fiancé: The Other Way. In a preview for the episode, included below, it turns out Biniyam did, indeed, get his K-1 and the couple is living together in America.

As the cast are gathering prior to the start of the Tell-All, Ariela and Biniyam walk onto the set together, totally surprising everyone. The first to say anything was Jenny Slatten also commented, saying, “Oh, he’s in America.” Next was Evelin Villegas, who cried out “Ariela looking hotter than ever.” It was clear that all the other cast members were stunned, with Alina saying via her long-distance connection, “You are so beautiful, you look amazing.” Evelin piped up again, saying Ari was the hottest girl on the Tell-All.

90 Day Fiancé host Shaun Robinson asked how Ariela and Biniyam can be there together and the couple revealed that finally, Biniyam did get his K-1 visa. Shaun mentioned that the last fans saw of the couple on screen was when Bini was flying to Ethiopia from Mombasa for his K-1 visa interview.

At the time, it was alleged that Ariela had decided to stay behind. This couldn’t be further from the truth. When Shaun asked, “What happened after that?” Ariela responded, “You know, I’m always there for Bini. I always want to help him.” She continued, saying that she couldn’t stay away.

Shaun exclaims excitedly, “You got it!” to which everyone applauds, as Biniyam gives an exaggerated bow.

So, it turned out Ari did return to Ethiopia for the K-1 visa interview and she went on to explain that she and Bini are now happily living together in the US.

Watch the teaser for Sunday’s 90 Day Fiancé: The Other Way season 3 Tell-All here:

Then catch the full tell-all episode on Sunday, December 5, at 8 pm ET/PT on TLC.

Readers, what do you think about Biniyam finally getting his K-1 visa and moving to the US? Let us know by dropping a comment below.

Savannah Chrisley Fans Tell Her Their Hopes & Dreams For 2022