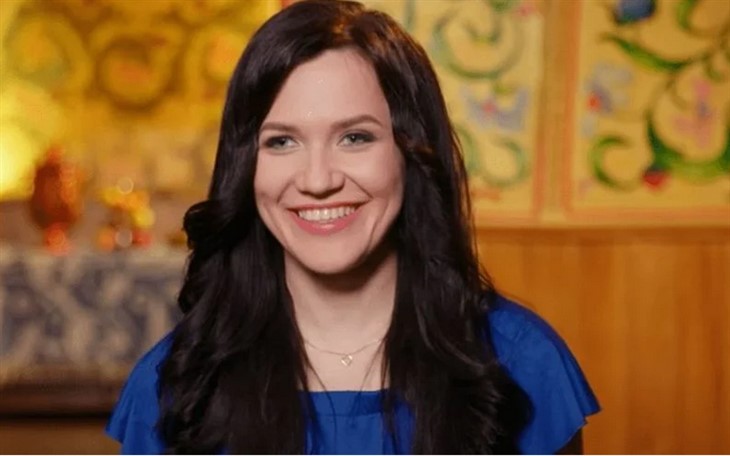 In the last few weeks, 90 Day Fiancé alum Varya Malina has shared a number of photos and videos of Geoffrey Paschel to her social media. This started when Geoffrey was thrown in prison after being found allegedly guilty of domestic violence. Despite this, Varya supports Paschel and has made it clear that they are still engaged, or even married. Most of her fans enjoy the posts, but a recent image did cause upset.

90 Day Fiancé alum Varya Malina has made many posts of herself and Geoffrey to her Instagram of late. Recently, she posted a number of images with a post about her trip to Valley of First State Park in Nevada with Geoffrey. Varya looked gorgeous in a red outfit, while Geoffrey looks casual.

Many fans commented to say that she and Paschel look adorable together and that they deserve to be with one another. Varya agreed.

However, some days later, Varya made another post to update 90 Day Fiancé fans on how Geoffrey is doing in prison. In the image, it looks like she is visiting him in prison. Paschel can be seen looking tired and unhappy while wearing a black and white striped prison uniform. His hair looks disheveled and greasy, but he does have a smile on his face.

In her caption, Varya wrote, “I told him about the videos I posted yesterday in my stories and your reactions. It made him laugh.” The since-deleted Instagram Story was later shared by IG user
@truecrime_jankie who is clearly not a fan.

The Instagram user wrote in his/her caption, “Abuser looking like sh*t. Prison is definitely not his place to shine! – also thanks V for confirming what i suspected: that you are seeking attention through this man for your likes & followers. No way he wanted this sh*t snap shared on SM.”

Others among the comments slammed the post, with one writing, “Looking rough!! And hair looks greasy I’m sure he’s missing his pretty boy essentials!” Another wondered why Varya would post the image. They commented, “This is straight up embarrassing, for both of them.”

Meanwhile, other people commenting in the thread accused Varya of talking about her love story to get more views on her Instagram reels. The 90 Day Fiancé alum did recently admit that Instagram pays her on her reels according to the number of views they get.

What do you think, readers, is Varya Malina trying to cash in on her controversial relationship with Geoffrey Paschel? Or do you, like Varya, believe he is innocent of all crimes? Let us know your thoughts by dropping a comment below.