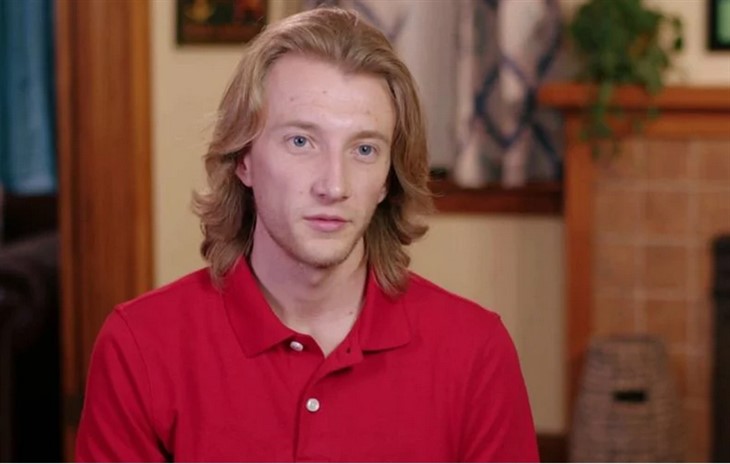 Season 3 of 90 Day Fiancé: The Other Way ended last Sunday with three weddings, but that doesn’t mean everything is happiness and light. One of the weddings was between Steven and Alina, but on Sunday’s upcoming Tell-All, fans will get to hear his ex-girlfriend, exposing him for sleeping with three women while in Russia. Has Alina made a huge mistake in tying the knot with Steven?

After the excitement and drama of each season of the 90 Day Fiancé franchise shows, the Tell-All episode never fails to shock and surprise viewers and fellow cast members alike. Coming on Sunday, December 5, 2021, the Tell-All for season 3 of 90 Day Fiancé: The Other Way will be no exception.

In a second teaser for Sunday’s episode, Steven is put on the defense when his former girlfriend, Vanessa, makes an appearance. She accuses him of sleeping with three women while in Russia, despite the fact that they were dating. Of course, Russia is where he also met his new wife, Alina.

Many fans have slammed Steven during season 3 for expecting Alina to convert to his strict Mormon faith. This is even though he has slept with multiple women and even, at one point, asked to see other women while he was already in a relationship with Alina.

The teaser clip reveals Steven’s ex-girlfriend Vanessa, calling him out on his behavior while they were dating. It turns out she also grew up in the Mormon faith but was going through a faith crisis when she first met him. According to Vanessa, they only dated for a couple of months before he showed her his true colors.

“Well, he was fronting as a faithful man who wanted to be in a monogamous relationship,” she said. However, she added that he was going to Russia for two months. Vanessa did admit she told Steven that he could date other girls while there, but asked him to please not go “all the way.”

“So, he comes back from Russia and I was his girlfriend but he confessed to me that while he was in Russia, he had had sex with three girls.”

However, Alina spoke up, saying that she can’t “just walk away” from the marriage. She says she hopes that he loves her enough to be able to change.

After Vanessa spoke, Steven’s fellow cast members were in a state of shock. 90 Day Fiancé star Ariela interrupts, saying she also doesn’t believe he can change and saying it isn’t fair for him to have his foot outside the marriage.

Steven surprisingly responds to Ariela, telling her this is “kind of funny” from someone who just abandoned their husband to return to America. She clapped back, noting that she didn’t abandon Biniyam and that she went to the US so that her son, Avi, could get surgery.

Meanwhile, Ariela continued to call Steven out when he said he is “fully invested in Alina.” He said that he made a mistake with the other women and that it was a “moment of weakness.”

She told him, “You’re talking to nine different women, you’re not invested in anything. Nine fleeting moments of weakness? Please, I can’t take the bullsh*t.”

Readers can watch the full, second teaser clip for Sunday’s episode on ET’s website and watch the 90 Day Fiancé: The Other Way season 3 Tell-All episode on Sunday, December 5, at 8 pm ET/PT.