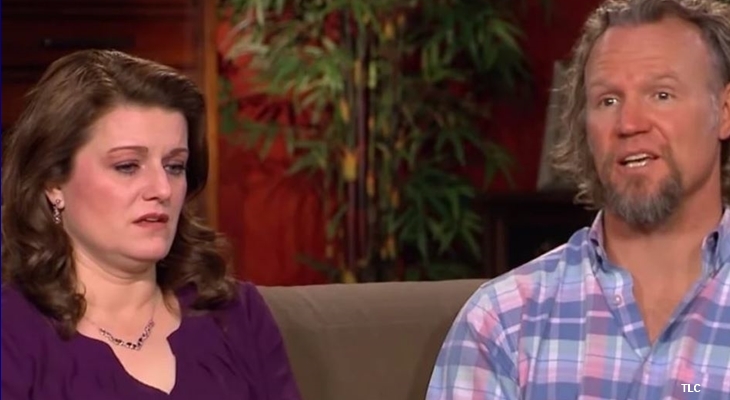 Sister Wives Season 16 just makes Kody Brown more hated by TLC fans. Now that he seems to realize that Christine returns to Utah against his wishes, he predicts that she will regret it. That’s because he feels that the state is dangerous for children. Well, Robyn clearly doesn’t want to live there. So, his argument seems to support Robyn’s desire to remain in Flagstaff, Arizona. Actually, fans suspect that they originally made the move there so Robyn’s son Dayton could attend college.

Kody Brown seemed fine with Christine leaving him for Utah, but only if she remained his spiritual wife. Anyway, it turned out in real life, she had no intention of doing that. Since the show filmed for the current season, fans know that Christine returned to Utah. She took her daughter, Truely, and declared herself single. Plus, on Instagram, she and Kody confessed that they split, So far, Season 16 didn’t reveal her actually leaving Flagstaff, but too many spoilers arrived for it to remain a secret.

Sister Wives fans saw that Christine moved into a duplex close to her daughter Aspyn, in Salt Lake City. Meanwhile, fans know that Mykelti, her other daughter, lives with her husband Tony Padron in Lehi, Utah Nowadays, they raise their cute little girl, Avalon. Actually, Christine seemed double thrilled to spend time with her granddaughter this Thanksgiving. Well, fans never heard Kody even hint in the past that Utah might be dangerous for Avalon. So, how come he now claims that Christine will regret moving there because of the terrible danger to children?

From the current season, it seems very clear that Kody Brown only has eyes for Robyn as a wife. While Janelle might have some uses, Meri and Christine could leave and he probably wouldn’t miss them at all. While Robyn claims she would follow Kody anywhere, it seems that she rules out Utah. Kody said that it’s dangerous to raise kids there. However, he meant that it was dangerous for children in polygamous families. Well, Christine no longer has to worry about that. So, his argument fell a bit short with her.

Sister Wives fans know that Kody Brown will do anything to keep Robyn happy. Actually, she is now his legal wife. And, fans think that soon, if Jenelle and Meri follow Christine’s lead, she will end up his only wife. Oh, how fans long for the day! In the meantime, all his arguments against Utah ended up kicked in the dustbin by Christine. So, he might as well have just saved his breath. Actually, fans think he should have spent a bit of time showing that he gave a darn about his daughter Ysabel. Fans saw him tell her to go to New Jersey by herself for her back surgery. Perhaps that’s why she now lives with Maddie Brown Brush in North Carolina.

Sister Wives fans always believed that Robyn wanted the other wives gone when she married Kody Brown. Now it looks like with Christine gone, she might soon achieve a sister-wife-free relationship with Kody. Of course, if they return to Utah, Kody could easily find another spiritual wife. After all, restrictions eased up in the state considerably in recent years. What are your thoughts? Sound off in the comments below.