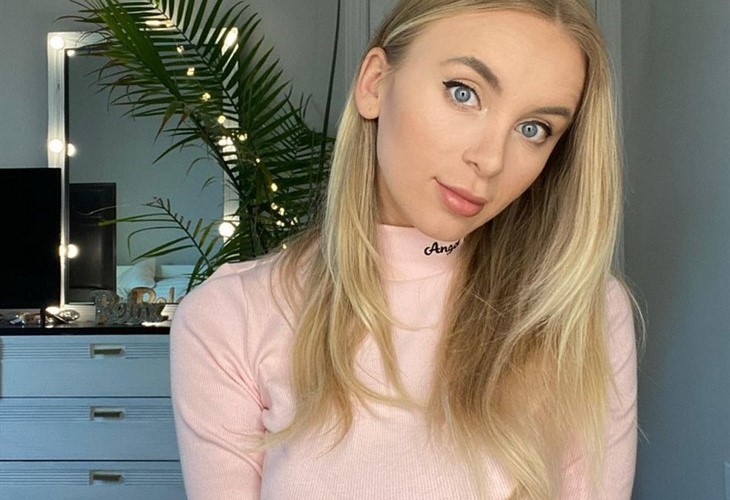 90 Day Fiancé stars Yara Zaya and Jovi Dufren’s little girl, Mylah may only be 14 months old, but she is growing so fast. Yara posted some Christmas comparison images of her lovely daughter to Instagram, clearly showing the difference. The little tot looks so grown up, posing for the camera!

90 Day Fiancé star Yara Zaya is rightfully proud of her cute daughter, Mylah. Yara became pregnant with her daughter shortly after arriving in the US to marry Jovi Dufren. While the couple had their ups and downs during season 8 of 90 Day Fiancé, they married in February 2020. Seven months later, the couple welcomed their beautiful little girl.

Fans will recall that New Orleans native Jovi used to love being a party boy but has since turned into a doting father. He even chose to move his family to the suburbs for Mylah’s safety, despite loving life in the big city.

Meanwhile, from the start, Yara complained about virtually everything about New Orleans but then surprised 90 Day Fiancé fans by turning into a great mother. It has been a while since she posted images of Mylah, after telling her followers she wouldn’t show her daughter online. A troll had made a disgusting comment about Mylah during an Instagram Live, leading to Yara archiving almost all of her photos.

However, 90 Day Fiancé fans genuinely love little Mylah and are keen to watch her grow, albeit on social media. Yesterday, Yara made their day when she decided to post her daughter’s photos on Instagram again. Meanwhile, she made it clear how much little Mylah has grown since we last saw her.

The first two images show cute Christmas scenes of Mylah as a baby. However, the third image reveals just how big her little girl is now. Mylah poses so beautifully, standing on her own and revealing some teeth, while dressed prettily for the season. As she was born in September 2020, this means she is 14 months old now but looks so grown up.

In her caption, Yara wrote, “Last picture she [is] growing so fast,” with crying face emojis to reveal her mood. Meanwhile, many of her followers agreed that Mylah is, indeed, growing up too fast. One wrote, “They never stop. It goes so much faster if you have a second baby too.” 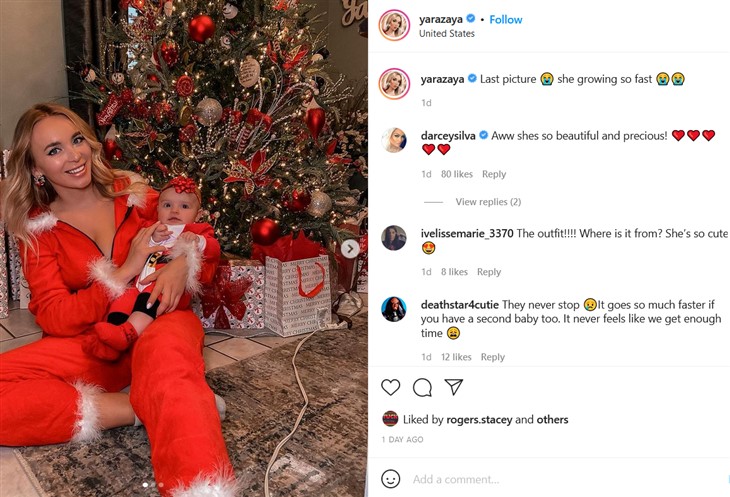 Another 90 Day Fiancé fan commented, writing, “Oh my goodness!! What a difference a year makes! She is just as adorable as ever!” Meanwhile, another noted, “It sadly does… just hold to the embracing one day at a time & ALL the memories.” Yet another fan wrote, “Such a beautiful pretty princess precious and perfect.”

Yara recently received criticism about her new Boujee Makeup line on social media, but now seems to be focusing on what matters to her the most – her lovely family. Hopefully, the trolls will leave Yara alone, with no nasty comments on Mylah’s latest images. Fans would hate it if the 90 Day Fiancé star had to remove the cute photos from her Instagram again.

Meanwhile, fans of the TLC reality show can look forward to season 5 of 90 Day Fiancé: Before the 90 Days. That new season premieres on Sunday, December 12, at 8 pm ET on TLC. The season will also be available for streaming via the discovery+ app.