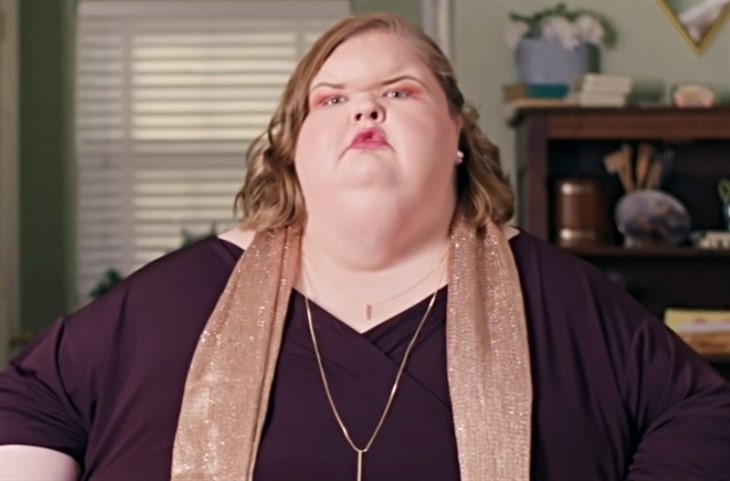 1000-Lb. Sisters fans often want to know Tammy Slaton’s net worth and, they can rest easy knowing it is definitely not chicken feed.

Fans of the popular TLC reality series are often concerned for Tammy who has struggled the most on her weight loss journey, mostly with herself. But they don’t need to worry about her financially at least – it seems she’s doing rather well in that department.

Some fans might wonder just how the 1000-Lb. Sisters star gets since she can seldom get out of the house for long and probably cannot work at an everyday job. Tammy and Amy first found fame when TLC’s 1000 Lb. Sisters first aired in January of 2020. At that time the two collectively weighed 1000 lbs. As the show’s name indicates.

he ultimate goal of the show was for both women to eventually qualify to receive life-saving bariatric surgery. Though the work was much easier for Amy, and she did eventually receive the surgery, the journey for Tammy has been rough. Fighting her program every step of the way she has also gone through some questionable boyfriends who only enabled her to backslide or otherwise stay in a rut.

According to Reality Tidbit, Tammy has a net worth of $100,000 and, though it’s not chicken feed, it’s still less than half of what her sister Amy is earning at a whopping $250,000. Since Tammy is now receiving the villain edit on 1000-Lb. Sisters, we can assume that villains make less money.

Judging from what other TLC reality TV stars earn per episode, we can safely assume that the sisters are making about $5,000 per episode or $50,000 per season. But, since the sisters have never revealed what the TLC network pays them, this is all just speculation.

Tammy could also be bringing in money from her and/or Amy’s YouTube channel both of which she uploads videos too. Tammy and her sister also make public appearances that have pretty good turnout, so the two likely make a pretty penny from those as well.

However you choose to slice it, Tammy seems to be doing pretty well for herself, at least financially. We hope and pray that she will be able to get her weight under control so that she can fully enjoy her prosperity.

Get more 1000-Lb. Sisters Monday at 9 PM Central on TLC and return here frequently for more spoilers, news, and updates.

Days Of Our Lives Spoilers: EJ Framed, But Not by Lucas – Who Destroys Sami’s Happy Ending?