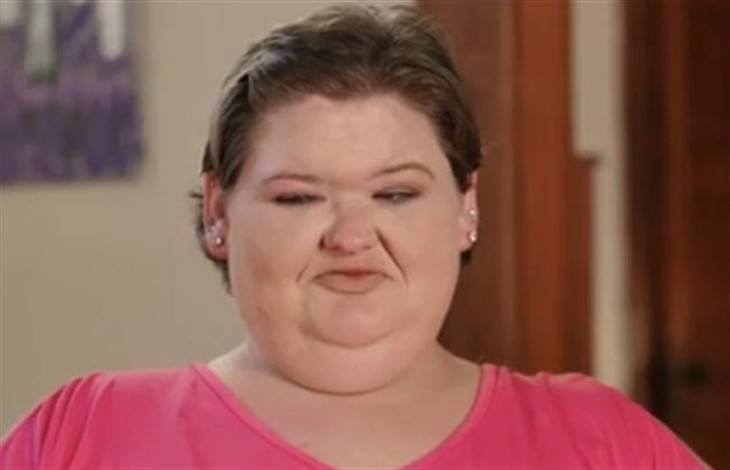 Amy Halterman, of 1000-Lb. Sisters, is concerned about her son Gage’s health and worried about him having a weight problem like she and her sister Tammy.

Unlike her sister Tammy, Amy Halterman has made huge strides in her battle to lose weight. Since the show began, Amy has been the only one of the two that has followed through and maintained the strict changes in her lifestyle necessary for the sake of her health. But now she is concerned about her son Gage’s health and worries that he could be “fat” like she and her sister.

In a clip shared on the TLC Instagram account on December 18, we see the 1000-Lb Sisters star and her husband Michael sitting outside on the bench with young Gage having a serious chat. Amy is concerned about her son. At first, she seems upbeat and remarks that her baby boy is having a lot of firsts pointing to the fact that he has four teeth coming in at one time.

Then quickly, her words become those of concern for Gage saying that he’s “like a bottomless pit sometimes” adding that it reminds her of her sister Tammy. Even though Amy has had weight loss surgery and no longer can eat the way she used to, she still notes that her baby son eats more than she does.

The reality TV star begins to tear up as she tells her husband, “I do not want him to be fat.” In a confessional Amy tells cameras, “I want what’s best for him [Gage]. I don’t what him to struggle like me and Tammy did with our weight.” She goes on to say that she wants him to be a “normal healthy weight,” so he doesn’t have to contend with “bullies in school, or anything like that.”

Back to the conversation with husband Michael, Amy steers the discussion to her concerns with her own weight problem, saying that, when they go places like the park, she gets “so wore out” because she’s carrying around so much excess skin.

Fans will recall that, at the beginning of her stint on 1000-Lb. Sisters Amy weighed 600 lbs., and has since managed to get her weight down to 250 lbs. Which is still 100 lbs. From her ultimate weight loss goal of 150 lbs.

She tells Michael that the excess skin makes her feel unattractive and that she’s been doing research and that she has found a place that could help her to have the skin surgically removed. So now, fans have something new to look forward to with Amy that will change her in a profound way.