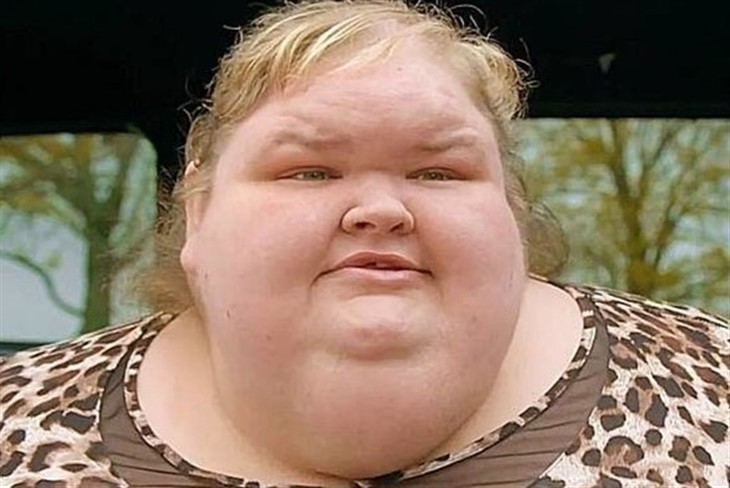 1000-Lb Sisters spoilers reveal yet another boyfriend bombshell from Tammy Slaton! And for fans who thought that Tammy had finally found Mr. Right, sneak peeks prove that the 1000-Lb Sisters star may have chosen Mr. Wrong instead.

Discover the newest “oops, she did it again” shocker on 1000-Lb Sisters. And find out what Tammy told a tabloid about the new man in her life before the bombshell. (Warning: Spoilers below!)

Phillip made the 1000-Lb Sisters star truly happy, claimed Tammy. “”Meeting Phillip for the first time, I mean, it was great. We talked and held hands and just watched TV, and got to know each other,” she exclaimed. “I like everything about him. I like how he makes me feel. Like, he makes me happy. And I can honestly say this is happiness.”

And the 1000-Lb Sisters star truly thought that Phillip would become her forever future. What could possibly go wrong? After all, even though Tammy originally met him alone, Phillip traveled all the way from his home in Las Vegas to Kentucky to visit with her in an intimate setting. We understand why Tammy believed that he could finally prove that she had become lucky in love.

Tammy has always confided in her sister Amy Slaton Halterman. And thanks to 1000-Lb Sisters, those confessions also get shared with the reality TV audience. In her newest tell-all to Amy, Tammy shares the sad truth about Phillip, according to the spoilers.

Sneak peeks hint that Tammy will spill her sorrows to her sister over her relationship. And despite her initial excitement, Tammy could reveal in an upcoming episode that Phillip no longer qualifies as the man of her dreams! And Tammy blames herself for adding her new beau to her ever-growing list of cast-off boyfriends.

On an upcoming episode, the 1000-lb Sisters star will explain what went wrong, according to spoilers. “We broke up,” spills Tammy to Amy. “I guess you could say I did it, cause I was tired of fighting with him and he said my insecurities were my problem. And, like, at the beginning of the relationship I told him, I was like, can you promise you’ll help me through my insecurities. He said it got to be too much.”

What do you think? Should Phillip have stood by his woman and helped her with her insecurities? Or do you think that Tammy once again chose the wrong man? Share your views with us. And then check back on our site for all the news about 1000-Lb Sisters!