Days Of Our Lives Spoilers: EJ Framed, But Not by Lucas – Who Destroys Sami’s Happy Ending? 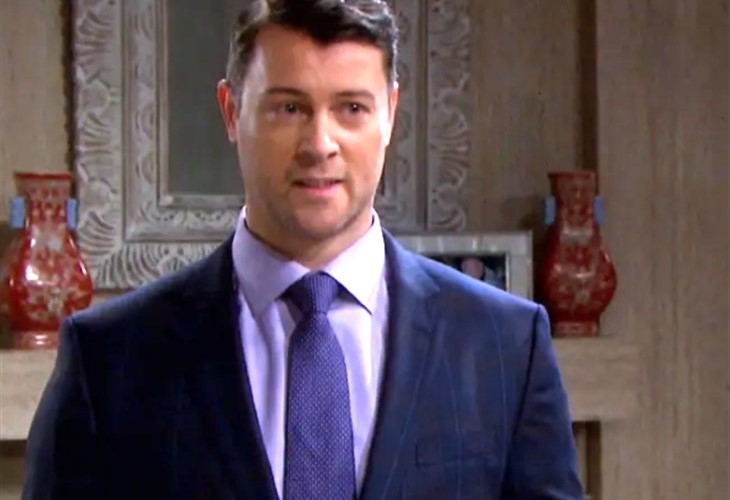 Days of Our Lives spoilers reveal that EJ DiMera (Dan Feuerriegel) is framed for Sami DiMera’s (Alison Sweeney) kidnapping. While EJ struggles to prove his innocence, Sami turns to Lucas Horton (Bryan Dattilo). Although Lucas kidnapped Sami, he might not be the one who frames EJ for the crime. Who is responsible for destroying Sami’s happy ending?

Days Of Our Lives Spoilers – Sami DiMera Gets Her Wish

DOOL spoilers reveal that Sami is frantically trying to save her marriage. Despite the way that EJ has treated her over the years, including when he was recovering from “death,” Sami stays with him. Sami did cheat on EJ with Lucas, but EJ has cheated on her before. Now that Sami has found EJ in bed with her number one enemy, Nicole Walker (Arianne Zucker), one would think that would be enough to end the marriage. Sami refuses to give up and even asked Belle Brady (Martha Madison) to help save her marriage.

Sami will finally get what she wants and “Ejami” will happily reunite. However, their happiness won’t last long.

As EJ and Sami get ready for the holidays, there will be an obstacle in their plans. EJ is arrested and charged with having Sami kidnapped. EJ spends Christmas Day locked up despite him being innocent. Sami will probably have a hard time believing EJ is behind her kidnapping and hostage situation. However, the police and Lucas will likely try to convince her that he’s guilty.

Days of Our Lives spoilers reveal that viewers already know that Lucas was the person who actually kidnapped Sami and held her hostage for months. However, in Sami’s eyes, Lucas is the person who saved her. Lucas made the admission to Philip Kiriakis (Jay Kenneth Johnson), but could he also be the one to frame EJ?

It seems unlikely as Lucas knows he already crossed the line. Lucas expressed to Philip that he doesn’t know how he can fix his mess of a life. Just because EJ’s been arrested doesn’t mean the truth won’t come out eventually.

If Lucas isn’t the person who frames EJ, then who could it be? One might suspect Philip, as he has done this kind of thing to “help” Lucas before. However, Philip is preoccupied with his own big problem of being dead while Brady Black (Eric Martsolf) is accused of murder.

The one clue that we do have is Marlena Evans aka “MarDevil” (Deidre Hall). It is teased that during the week of December 27, “MarDevil” toys with Lucas and Sami. Could the devil be behind EJ’s arrest and if so, what is her goal?