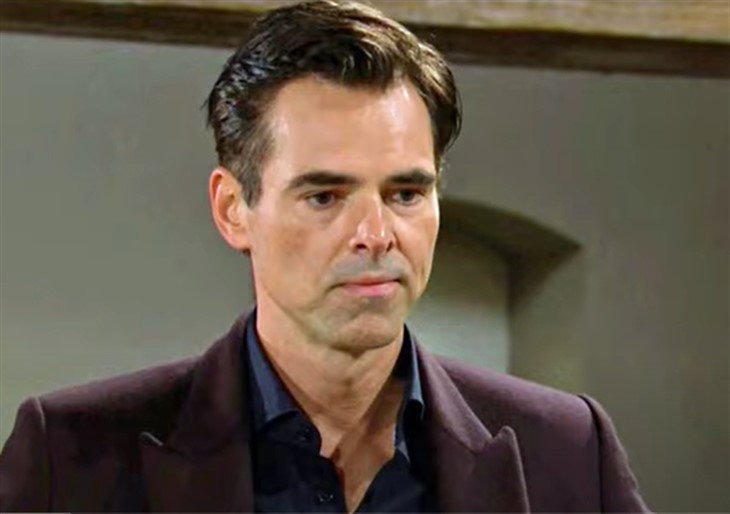 The Young and the Restless spoilers reveal that Billy Abbott (Jason Thompson) thinks his plan is working like a charm. However, he could have made a big mistake and it could come back to haunt him. An unexpected person that doesn’t even live in Genoa City might be the key to Victoria Newman-Locke (Amelia Heinle) figuring out the truth.

The Young And The Restless Spoilers – Billy Abbott’s Crazy Scheme

Y&R spoilers reveal that Billy has come up with a crazy scheme that he believes will get revenge on his enemies while restoring his reputation. Billy thinks that pretending to be falling down drunk and gambling all his money away is the answer. Billy only puts on the performance in front of Victor Newman (Eric Braeden), Adam Newman (Mark Grossman), Victoria Newman-Locke, Ashland Locke (Richard Burgi) and of course, Sally Spectra (Courtney Hope). In the end, Billy hopes to sue Newman Media just as Ashland is suing ChancComm.

Fans may remember that during a recent episode, Billy called the boarding school and spoke to the headmaster. Billy mentioned that there was a battle that involved both the Abbott and Newman families. Billy warned the headmaster that his name could be splattered all over the media and wanted his children shielded from it.

While Billy was trying to protect his children, they will find out no matter how shielded they are by the boarding school. Plus, Billy might have just left a big loose end with his scheme.

The Young And The Restless Spoilers – Kids Off To Boarding School

The Young and the Restless spoilers reveal that after the holidays, Billy and Victoria’s children will be off to boarding school. Victoria will no doubt drop the kids off and even have a few words with the headmaster. Or perhaps the headmaster will call Victoria in the next few weeks with a question or concern. In any case, Billy’s call and warning about the upcoming media blast could be mentioned.

The Young and the Restless Spoilers: Chance’s Struggles Drive Devon And Amanda To Have A Child? #YR #YoungandRestlesshttps://t.co/thkA84hru6

When Victoria learns that Billy called the boarding school to warn that he was going to be all over the news before it actually happened – and around the time that the downfall began – she will connect the dots. It is already confirmed that during the week of December 27 that Victoria calls out Billy. It is also teased that a short time later, the two make a deal.

We doubt that Victoria will give Billy what he wants as she doesn’t take to threats kindly. However, she does have a soft spot for Billy and that is her children’s father. Could Victor’s prediction be right and Victoria will once again step in to protect Billy? How will Ashland feel about this once he finds out?