Eastenders Spoilers Next Week: Katy Urges Mick To Leave Linda, Alienates His Other Family Members Next? 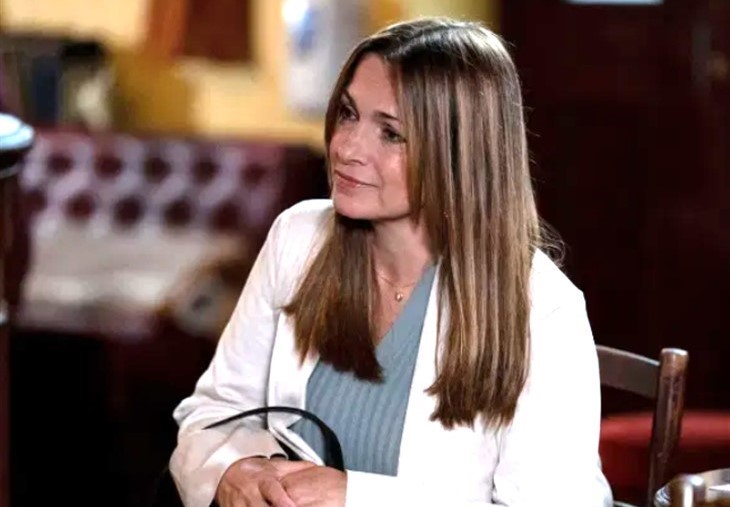 Eastenders spoilers reveal that next week, Katy Lewis (Simone Lahbib) tells Mick Carter (Danny Dyer) that he needs to leave his wife. He’s already having problems with Linda Carter (Kellie Bright), but what is her end game? Does she want Mick for herself or is it an attempt to isolate him from his loved ones? Will she target his other family members next?

It wasn’t enough that Katy abused Mick when she was supposed to be caring for him as a child. When Frankie Lewis (Rose Ayling-Ellis) showed up and said Mick could be her father, it forced him to confront his painful childhood. Even though Katy claims that Mick isn’t Frankie’s father, the memories have been unlocked and now he’s really suffering. What makes it worse is that Katy is discrediting Mick’s memories and making herself out to be the victim. This is only making his mental state spiral even more.

Eastenders spoilers reveal that Mick and Linda are going through a really hard time in their marriage right now. Mick makes the mistake of confiding in the wrong person… his childhood abuser. Instead of Katy just listening or giving him advice on how to work things out with Linda, she does the complete opposite. She tells him that he needs to leave Linda, but what is her goal in doing this?

Inside Soap magazine teased that Katy might want Mick to herself, but people who abuse children usually “get tired” of them as they grow up. So, we don’t think that’s it. Katy likes children, not grown men.

The publication also speculated that Katy might be trying to alienate Mick from everyone he loves, starting with his wife. We do think that’s a possibility. Abusers do this a lot and the more iron-clad their grip, the easier it is to get the victim to “obey” and do what they want. In this case, it’s probably to keep Mick quiet and to also punish him for exposing the abuse to Frankie.

Will His Other Family Members Be Next?

It will likely start off with Linda, but could quickly affect the other people in Mick’s life until he has pushed everyone away. However, will someone clue into what’s really going on and help Mick before his entire life is destroyed all over again?