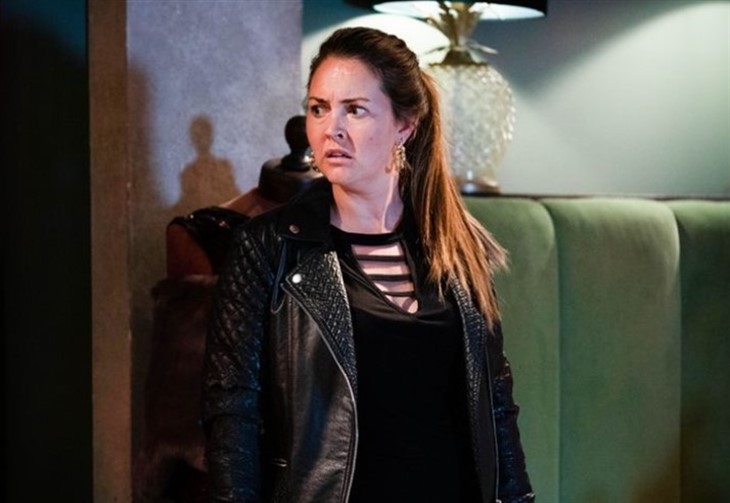 On Monday’s episode, Ben Mitchell (Max Bowden) thinks that Ellie is using a fake name. Having trouble tracking her down, Ben asks DI Thompson (Philip Wright) for help and ends up being shocked by what he is told.

Eastenders spoilers for Tuesday reveal that Phil and Ellie meet at The Arches. Phil directly confronts her about all the lies. Ben suggests that the situation should be handled through the court system. However, Phil is prepared to go to war.

Also, Ruby Allen (Louisa Lytton) finds out what Stacey has been saying behind her back. Elsewhere, Habiba will fume over Jags Panesar (Amar Adatia) not getting support from his own family. So, she decides to kick Ash out.

On Thursday, Stacey and Ruby will end up in another argument. A short time later, Stacey gets attacked by a mysterious assailant. Phil is told that he will have a hard time getting full custody because of his criminal record. Also, Habiba tells Iqra Ahmed (Priya Davdra) that she must pick aside.

Eastenders spoilers reveal that on Friday, Phil will try his best to prove that Ellie is unfit to raise a child. Callum Highway (Tony Clay) gets more information on Ellie but ends up getting caught. He tries to make a deal by promising Phil will get on their side if he gets the details about Ellie. Meanwhile, Denise Fox (Diane Parish) will make a huge decision and Sharon Watts (Letitia Dean) gets emotional. Ian will sympathize and gets Sharon a birthday card.