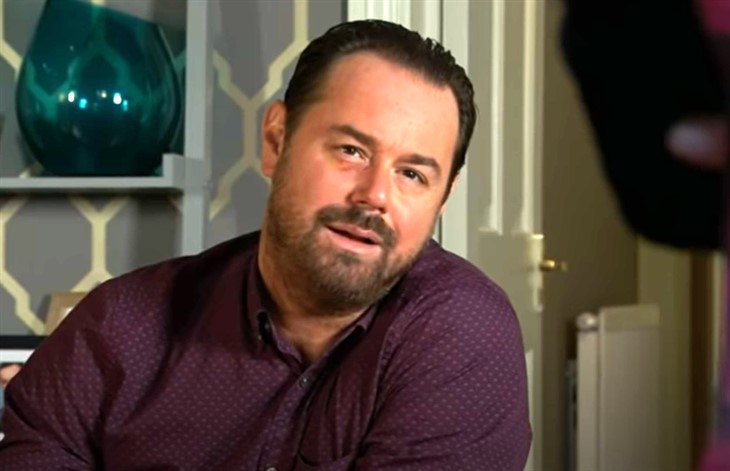 Eastenders spoilers for the week of November 30 reveal that in Walford Mick Carter (Danny Dyer) will continue his downward spiral. Ian Beale (Adam Woodyatt) attempts to blackmail, but it ends up backfiring. Meanwhile, Max Branning (Jake Wood) will be flabbergasted and more. Keep reading to find out what is coming up on the soap next week.

Since Mick was forced to confront being sexually abused as a child, he hasn’t been doing well. Things got even worse and more complicated when Katy Lewis (Simone Lahbib) told him that his memories were false and there was never any sexual interaction. This is making him doubt himself, his memories, and everything in his life. Next week, he will continue his downward spiral. It’s scary since we recently saw him contemplate suicide when he fantasized about driving the car into a wall.

Monday’s episode will also have Katy feel nervous when she goes with Mick to visit the care home from his childhood. She isn’t sure what he will remember. Meanwhile, Linda Carter (Kellie Bright) contemplates drinking. Max comes along and gives her support while Ian watches from a distance.

Eastenders spoilers for Tuesday reveal that Ian tries to blackmail Max over his kiss with Linda. However, it ends up backfiring when Max plans his own revenge scheme. Ian gets an idea on how to fix his financial problems when Sharon Watts (Letitia Dean) handles the banking. As for Tiffany Butcher-Baker (Maisie Smith), she will be warned by both Whitney Dean (Shona McGarty) and Jack Branning (Scott Maslen).

The Lucy Beale Award ceremony arrives and Bobby Beale (Clay Milner Russell) isn’t sure who the recipient should be. Ian manipulates the situation and says he knows who Lucy would pick. Elsewhere, Linda doesn’t attend the ceremony but lashes out at her husband for how he’s been treating her. It must not get through to Mick because she ends up going to the ceremony with Max later on.

When the award is announced, Ian thinks he has the upper hand as Max is flabbergasted.

Eastenders spoilers for Friday reveal that Max is even more determined for revenge. Then, everyone is shocked when Ian gets arrested by the police. Later, Ian will be attacked and left for dead. But with him turning into Walford’s most hated man, who is responsible for attempted murder?