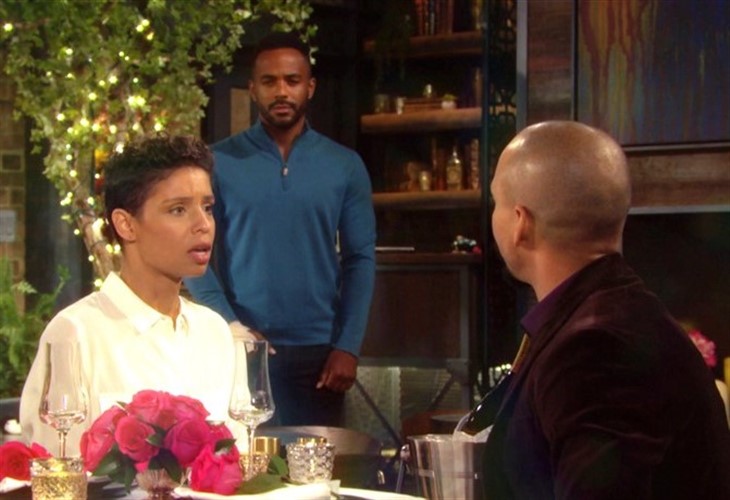 The Young and the Restless spoilers document that Elena Dawson (Brytni Sarpy) is on the upswing. She was devastated after realizing that her relationship with Devon Hamilton (Bryton James) was blown up. But the choice she made to be with Nate Hastings (Sean Dominic) appears to reflect a deeper decision.

While Nelena projects as Y&R’s next coupling, it could be that Elena and Devon are simply in a break period and will return to each other in the near-term future. But then again, maybe not?

The Young And The Restless Spoilers – Hilary Hamilton Is Gone

Devon was overwhelmed with grief when he first met Elena. He was in the process of recovering from the shocking loss of his wife, Hilary Hamilton (Mishael Morgan), and what would have been their first child.

James and Sarpy’s characters slowly became friends and then advanced to what seemed to be soul mate status. That was heart-warming for the audience to see, as the actor’s real life romantic link eventually developed as well.

However, Y&R fans took notice that there was no attempt to formalize this couple’s relationship. Marriage and children didn’t happen. So, that always meant this particular connection might not be deep, or lasting.

This arc changed the moment she appeared at the penthouse door. Fans knew that Morgan’s stunning return to the cast meant that whoever the actor was playing would be tied to Devon eventually.

The intrigue wasn’t waiting to see if Amanda Sinclair (Morgan) and Devon would connect with each other, but how long it would take to confirm if she was Hilary’s identical twin sister. Well, the answer was more than a year.

Now, as both Amanda and Devon have admitted that they might have chemistry, the next plot point becomes whether they’ll learn that an actual spark exists, or if the mutual draw is purely based on Hilary.

The Young And The Restless Spoilers – Nate Hastings Is An Option

Elena was attracted to Nate, as Devon recently told her. Nelena happened because Elena was insecure about her relationship with Devon. But it does seem like she was, or is still, using Amanda’s presence as a cover for her real feelings.

Nate acknowledged that Elena has returned to the clinic. So, Devon can see that his now former love interest is moving past what happened. However, her choice between Devon and Nate remains open as long as the situation between Amanda and Devon is fluid.