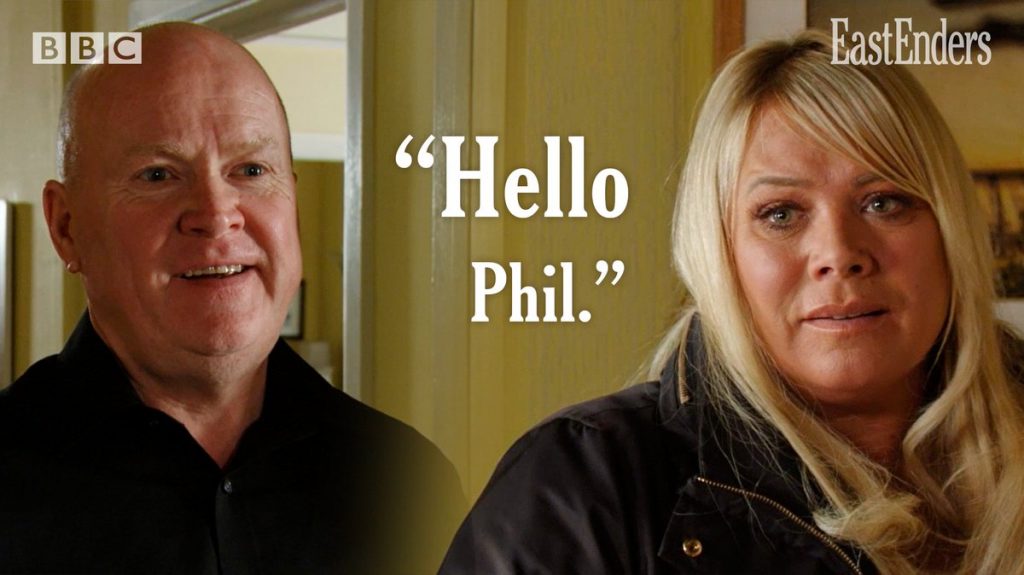 EastEnders spoilers reveal that the week will be full of drama, excitement, and action as the Walford residents get on with their lives and with each other. There will be a familiar face returning as Sharon Watts (Letitia Dean) comes back to the sudser, making one gentleman very happy!

In the meantime, Keegan Baker (Zack Morris) winds up very unhappy when first trouble comes calling to his food truck, and next, he finds that he doesn’t have the means to get himself back on his feet.

Sharon comes back to town without so much as a warning and at least one gentleman is tickled by the turn of events. That’s right, Phil Mitchell (Steve McFadden) could not be happier to see her!

Still, the lovely lady will find it a bit of an adjustment to be back in Albert Square after her exit. Before long Sharon seeks out Linda Carter (Kellie Bright) for a talk and asks for her advice about Phil. For her part Linda tells her that she is okay with the two of them buying the pub.

Later, Sharon and Phil actually sit down to toast to their new venture.

EastEnders spoilers – Kush finds out something else about Jean

Meanwhile, Kush Kazemi (Davood Ghadami) makes a discovery about Jean Slater (Gillian Wright). Jean wants nothing more than to bring Stacey Fowler (Lacey Turner) home. Nonetheless, Shirley Carter (Linda Henry) tries to talk her out of speaking to Phil about the matter, even though Jean is hopeful that he will forget what she did.

Unfortunately, Shirley’s best-laid plans backfire! Jean doesn’t listen to her and instead dresses up in the hopes of making a good impression on Phil. Will she succeed in bringing him around to her side?

“You can still be part of his life.” #EastEnders pic.twitter.com/jcD6LgHhhx

Elsewhere, Keegan Baker (Zack Morris) has an unpleasant encounter when one of the food truck customers thinks he’s a drug dealer. But when Tiffany Butcher (Maisie Smith) jumps in to defend him, he’s anything but grateful!

Instead, he’s angry that she didn’t allow him to defend himself. Later, the same delusional customer comes back and proceeds to vandalize the food van. Of course, Keegan is devastated as he must admit that he has no valid insurance on the annihilated food truck, meaning he’s up Schitt’s Creek without a paddle.