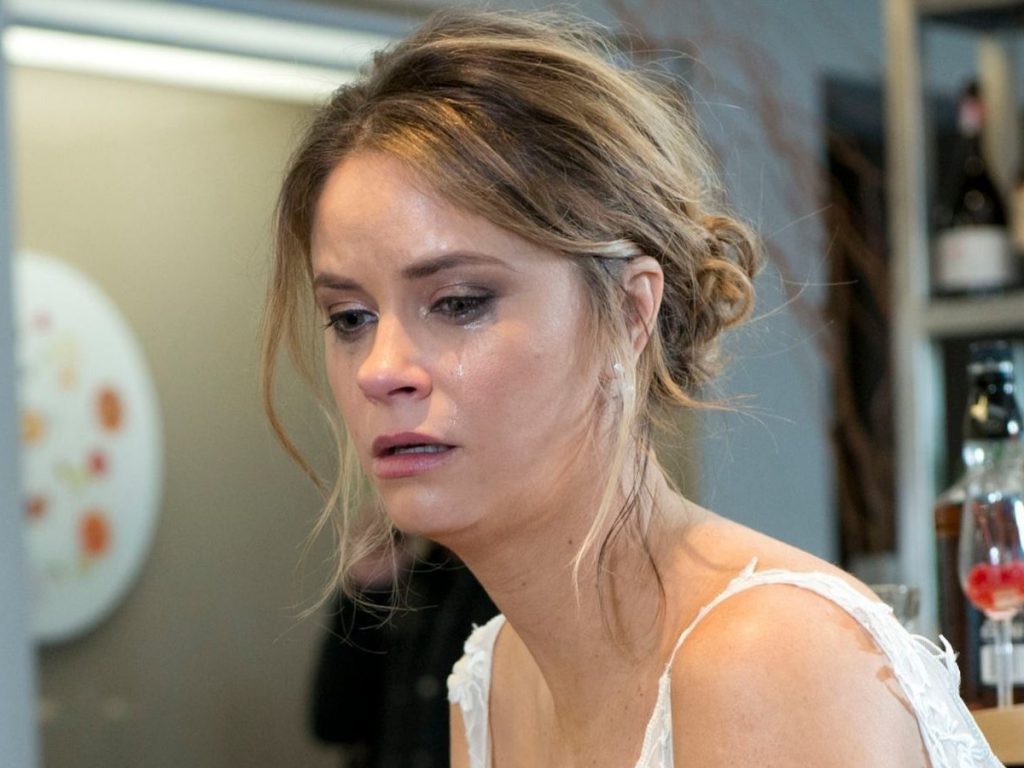 Neighbours spoilers confirm cameo comeback for Pippa Black, who is reprising the role of Elle Robinson.

Following the current tread of bringing back old characters, fans will be delighted to know that Elle Robinson will also be seen on the show again soon.

Elle’s return comes in conjunction with the Paul’s ex-wives storyline, which has seen four of his ex-wives returning in a joint effort to stop him marrying Terese Willis.

After coming face-to-face with Gail Lewis, Lyn Scully, Rebecca Napier and Christian Alessi, Paul is shocked to discover that it was his daughter Elle that had been masterminding the plot the entire time.

The big reveal takes place in Queensland, where Paul and Terese are supposed to be getting married. However, after bumping into ex-wife Christina Alessi, Paul is convinced that the universe is sending him a message, so he calls off the wedding.

Terese is obviously distraught, but thankfully Christina’s twin sister Caroline is determined to get the wedding back on track, disapproving of her sister’s cunning plan. Ordered to do so by Caroline, Christina reveals the truth to Terese and Paul, admitting that all the ex-wives turning up was no accident, but a plan headed up by Elle.

Confused and upset as to why his daughter would do such a thing, Paul calls Elle on Skype, demanding some answers. She shows no regret, explaining that she wanted to break her fathers’ toxic cycle with women. She clarifies that she didn’t necessarily want to ruin his happiness but test him and Terese, to work out whether they’re really meant to be together.

Frustrated that he allowed himself to be so blindsided, Paul begs Terese to marry him after all. Thankfully she says yes, and the two are married by an Elvis impersonator with the beautiful backdrop of Queensland.

Is this a sign of things to come for the new Mr and Mrs Robinson?

Tune into Neighbours from Monday 9th September to watch the ex-wife storyline come to a climax!