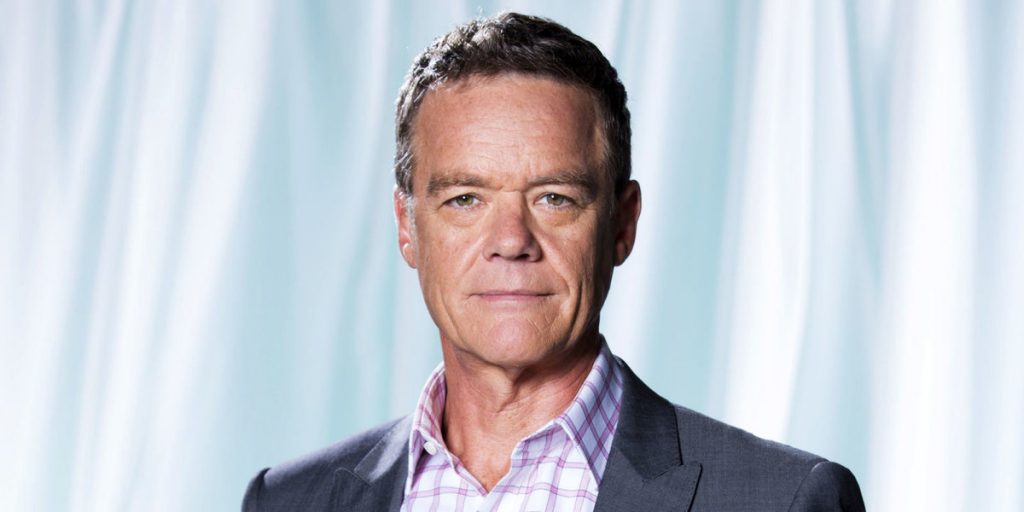 Neighbours spoilers reveal that another ex-wife of Paul is in town, much to his frustration!  When comparing the many ex-wifes of Paul Robinson, it could be argued that Rebecca Napier is a firm favourite. Fans will be delighted to hear that Rebecca is coming back to Ramsay Street, as Jane Hall reprises the role after a 5-year break.

Paul doesn’t know what to do when Rebecca turns up out of the blue next week, knowing that it cannot be a coincidence after the return of Gail Lewis and Lynn Scully his second and fourth wife respectively. He believes that they are all playing some kind of sick joke at his expense, but can’t find any evidence to prove his theory – is the universe actually trying to send him a message?

When Rebecca manages to get Terese alone, she warns her that the marriage will only end in disaster. Remembering everything that led her to push Paul off of the Lassiter’s balcony, she insists that her relationship with Paul turned her into a person that she didn’t even recognise. Terese is understandably annoyed by Rebecca’s warning, disgusted that she is trying to blame Paul for her attempt to kill him.

When the pressure becomes too much Paul cancels the wedding, deciding that he cannot put Terese through it. But she doesn’t back down, instead suggesting that they elope, getting far away from all those who are trying to meddle.

Paul agrees, and the two travel to a tropical paradise in Queensland to get married. They think they’re safe from any meddling exes until they bump into Christina Alessi, another former wife of Paul’s!

This is the final straw from Paul, who believes the universe really is trying to send him a message. Terese does her best to protest but Paul isn’t having it, he has to get the message.

However, what he doesn’t know is that his exes have been conspiring together all along…