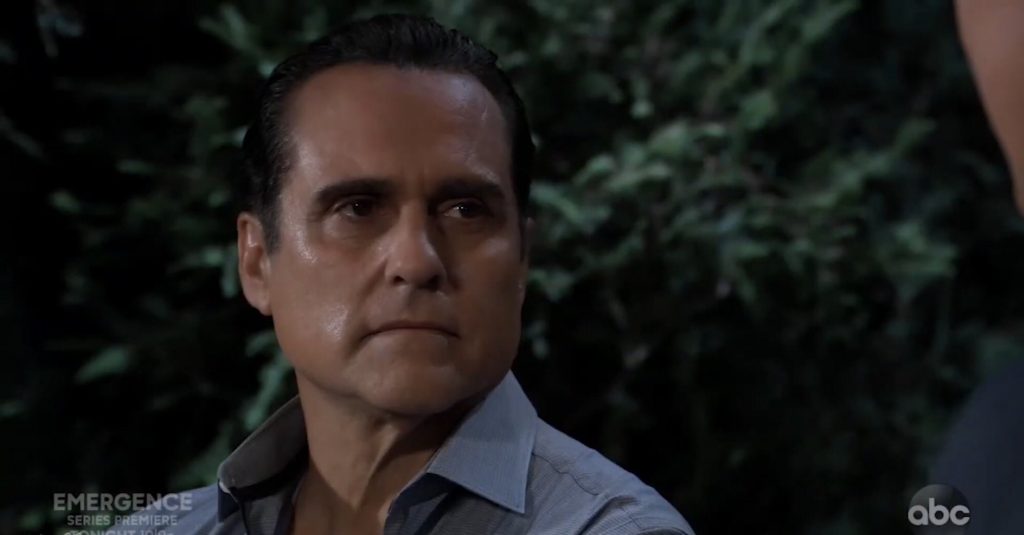 On Monday, in a continuation of Friday, September 27th’s episode, Sonny Corinthos (Maurice Benard) has arrived in the nick of time to get Carly Corinthos , (Laura Wright) who has gone into premature labor, to the maternity ward at General Hospital. The baby is only two weeks early but Carly has been panicked because with a spina bifida baby, two weeks early can be disastrous!

Sonny tries to keep Carly calm as she prepares to be anesthetized for the birth, which has to be a caesarian section because of the baby’s birth defect. Josslyn Jacks (Eden McCoy) is caught off guard while in the park when an all too familiar voice calls out her name!

Nelle Benson (Chloe Lanier) is on a supervised work detail with a couple of other female inmates and a Pentonville prison guard. Josslyn is in disbelief that Nelle is there out in the open and doesn’t want to talk to her at all, but gives in long enough to let Nelle know that Josslyn’s brother Michael Corinthos (Chad Duell) has moved on and she is glad he has! Also on Monday, Commissioner Jordan Ashford is insistent, Alexis Davis (Nancy Lee Grahn) is relieved, and Nelle is pleased to meet someone at Pentonville. 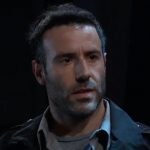 On Thursday, all Sonny and Carly can do is wait, while Baby Corinthos is in surgery for the spina bifida meningocele , and possibly another health crisis. It may be touch and go for a while! Meanwhile, Nina remains blissfully ignorant that Sasha Gilmore (Sofia Mattsson) is not her real flesh and blood birth daughter, and that her fiancée Valentin has deceived her! Also on Thursday, Lulu makes a confession to Dustin Phillips (Mark Lawson), Kevin is inspired, and Hayden opens up to Ava Jerome (Maura West).

On Friday, Jason Morgan (Steve Burton) questions Dev Cerci (Ashton Arbab), likely about what he saw and heard aboard the Haunted Star when Sam McCall (Kelly Monaco) and Shiloh Archer (Coby Ryan McLaughlin) were talking, before Jason got there. Sam is in jail thanks to a “Dawnie” nurse, Sheri Anderson (Jerin Forgie) eavesdropping on Sam and Jason’s conversation before bandaging her arm. Jason will do everything he can to help Sam! Meanwhile, Jasper “Jax” Jacks (Ingo Rademacher) visits his ex-wife Carly to lend his support during the Baby Corinthos crisis. Also on Friday, Attorney Diane Miller (Carolyn Hennesy) asks for more details, Lulu waits at the church and Peter August (Wes Ramsey) is uneasy about his secrets.

That’s all for this week’s General Hospital Weekly Spoilers. Stay tuned to the show and keep checking General Hospital spoilers frequently for all the latest news, updates and developments!