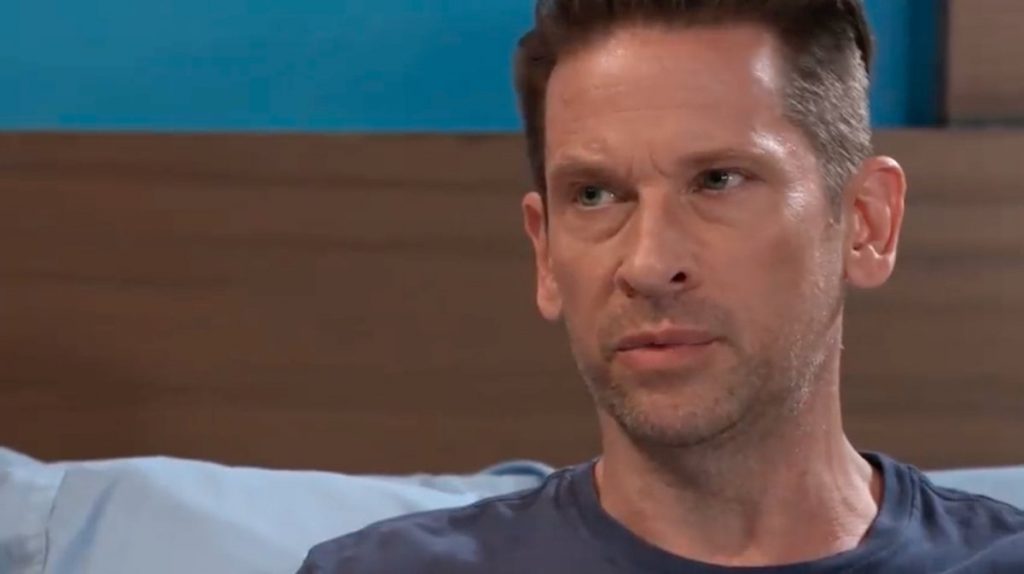 In her hospital room, Bobbie Spencer is resting when her son Lucas (Ryan Carnes) comes in to comfort her. He says he has no knew news about the kidnapping.

Brad Cooper (Parry Shen) goes to the hospital chapel and prays that his baby Wiley is brought home safe. Brad is praying when Willow Tait (Katelyn Macmullen) enters the chapel and they hold hands.

Jasper Jax (Ingo Rademacher) stops by the Corinthos mansion and wonders what’s happening with Dev. Sonny Corinthos (Maurice Bernard) tells Jax that what happens with his family is no one else’s business.

Sam (Kelly Monaco) pleads with Shiloh Archer (Coby Ryan McLaughlin) to let her go as he holds a weapon. On the dock, Jason Morgan (Steve Burton) sends Dev and Wiley to the hospital before going to rescue Sam. Shiloh shoves Sam as she screams at him that he’s just another con.

GH Recap – Franco Baldwin is being held against his will

Elizabeth Webber (Rebecca Herbst) tries to explain to her son Cameron Webber (William Lipton) why Franco Baldwin (Roger Howarth) is being held at the hospital.

Aiden stops by to see Franco and talks to him about the old days and how much fun they used to have. Franco says he understands why Elizabeth sent in her little rugrat to manipulate him, she swears she did not.

Can Liz win Franco back on #GeneralHospital? #GH https://t.co/GclBvswGoZ

Carly Corinthos (Laura Wright) asks her daughter Josslyn Jax (Eden McCoy) to get her a snack as she waits to see her mom Bobbie Spencer (Jaclyn Zeman) who is recovering.

Dev gets Wiley to the hospital and his “cousin” Sonny is happy that hes okay and safe. Dev says he doesn’t want to cause trouble and maybe he should just “move on.”

Liz wonders if Franco now finally understands why they love him so much and want him back in their lives.
Laura Webber runs into Peter at the hospital and asks about his role down at the pier during the kidnapping drama. Laura thanks him for his help in getting the baby to the hospital.

Josslyn Jax defends Dev when her dad Jax thinks she should still live with him part time.

Carly Corinthos sits with her mom Bobbie Spencer and is happy to hear that baby Wiley is safe and being watched over by his two dads.

Willow Tait prays in the hospital chapel and thanks god for keeping her baby safe.

Sam escapes Shiloh’s clutches with the help of Jason and goes to steer the ship. As Jason stands out on the deck, Shiloh sneaks up with a bat and they begin fighting …..flash to preview