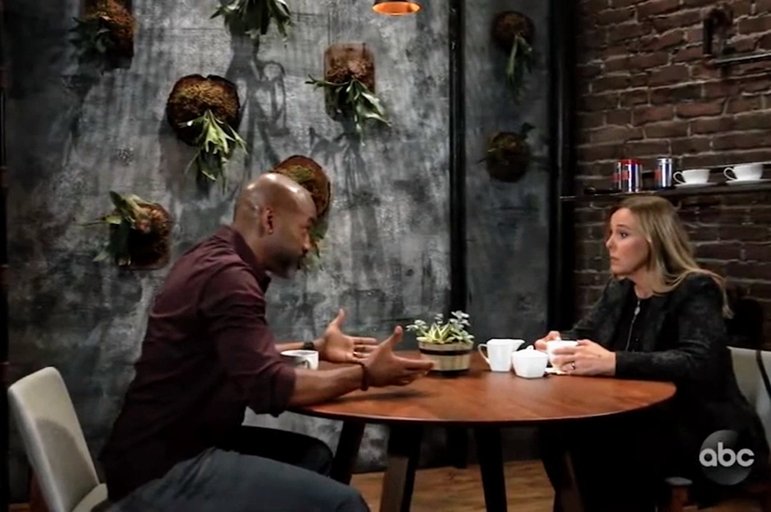 General Hospital (GH) spoilers tease that Thursday, September 19 will be full of excitement and drama for the viewers as things really start to ramp up with the Shiloh Archer (Coby Ryan McLaughlin) storyline!

First, Mayor Laura Collins (Genie Francis) is visibly annoyed as she asks someone “What do you want?!” Although the preview shot provides no clue as to whom she may be speaking to, it’s a good bet it might be Valentin Cassadine (James Patrick Stuart). Few other people currently on the General Hospital canvas could generate a response like that from usually sweet Laura!

Next, Nina Reeves (Cynthia Watros) talks to her fiancé Valentin and she is worried! This obviously has something to do with Cassandra Pierce (Jessica Tuck) as she tells Valentin it’s only a matter of time before she winds up in prison! Nina and General Hospital fans can be assured that Valentin will do everything within his power to prevent that from happening, and if he can’t he’ll find someone who can!

Elsewhere, Jason Morgan (Steve Burton) talks to Damian Spinelli (Bradford Anderson) about the job he has for him; Jason tells Spinelli he needs him to find out if there is any connection between Shiloh and Peter August (Wes Ramsey)!

As viewers will recall, Peter has gotten himself in quite a mess thanks to Shiloh, who remembered him from when he sold Drew Cain (Steve Burton pre-2012 Billy Miller post-2012) to Helena Cassadine (Constance Towers) back in 2012, and stashed Jason in the Boronsky Clinic for safekeeping until later, wanting Jason to take out his father, Cesar Faison (Anders Hove).

Peter has about had his fill with Shiloh’s shenanigans; Shiloh blackmailed Peter into causing Drew Cain’s (Billy Miller) plane to go down in the Gulf Of Adan, where Drew is now presumed dead, and hiring someone to kill Andre Maddox (Anthony Montgomery).

Now Peter has hired the same goon to get rid of Shiloh, which perhaps he should have done, to begin with, and Peter is assured that it’s only a matter of time before his old friend Shiloh will be nothing more than a bad memory!

At the Port Charles Courthouse, Shiloh harasses Willow Tait (Katelyn MacMullen) as she stands with her boyfriend Detective Harrison Chase (Josh Swickard) waiting for Shiloh’s trial to start. Shiloh thinks Peter is arranging for him to escape or to throw the trial in his favor, and he “promises” Willow that when this is all over they will be together!

Sonny Corinthos (Maurice Benard) has made a little trip down to the Port Charles Police Department, where he has a warning for someone; he tells Cassandra that she had better watch her back! Does she even realize how far Sonny’s reach is when he puts out a hit?!

Stay tuned to General Hospital and keep checking GH spoilers for all the latest news, updates and developments!