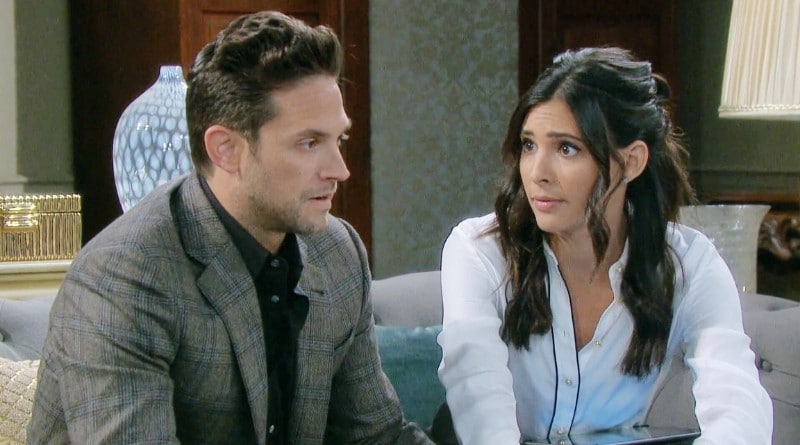 “Days of Our Lives” spoilers for the week of September 30-October 4 tease that some shocking encounters are brewing. First, let’s talk about Sarah Horton (Linsey Godfrey). She recently decided to keep her baby after all, but that leaves her with a dilemma. Sarah will be sporting a baby bump eventually, so it’s not like she can keep the news to herself forever.

Eric Brady (Greg Vaughan) would naturally suspect he was the father at that point. There’s really no point in dragging this out, but Sarah will still have to find the right words. She’ll struggle to know how and when to drop this bomb. DOOL fans know Eric has reunited with Nicole Walker (Arianne Zucker) and they already have a beautiful family with Holly Jonas (Harlow and Scarlett Mallory). Sarah will realize this is going to be a massive curveball for all of them. 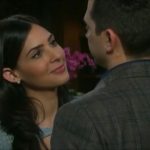 “Days of Our Lives” spoilers say Nicole will develop some suspicions this week, so she’ll decide to just come right out and ask Sarah for the truth. Eric will walk in on this discussion and want the truth as well. He’ll overhear something that leads him to believe Sarah’s pregnant, so she’ll have to choose whether she’s going to admit it or keep the lie going.

As for Kristen DiMera (Stacy Haiduk), she’ll happily inform Brady Black (Eric Martsolf) that she’s carrying his baby. Brady will insist on getting some DNA proof, which is understandable considering Kristen’s track record. After he rants about not wanting a child with Kristen, Brady will earn himself a slap across the face.

“Days of Our Lives” spoilers say Kristen will suggest this kid is a miracle. She’ll push Brady to accept it as a sign they’re meant to be together. Brady will ultimately step up as a father, but he won’t go for the idea of a romantic reunion – at least not right off the bat. It’ll take more work on Kristen’s part if she wants to be a united family with Brady and their little one.

Days Of Our Lives Weekly Spoilers – End Is Near For Julie

Meanwhile, the end will be near for Julie Williams (Susan Seaforth Hayes), who’ll lose consciousness after sharing warm memories with Doug Williams (Bill Hayes). It looks like she’ll get a heart donor thanks to Stefan’s tragedy, so at least some good will come out of Gabi’s worst nightmare.

Some exciting episodes are coming up this week on the NBC soap. We’ll give you updates as other “Days” details and rumors emerge. Stay tuned to DOOL and don’t forget to check back often for the latest “Days of Our Lives” spoilers, rumors, updates and news.